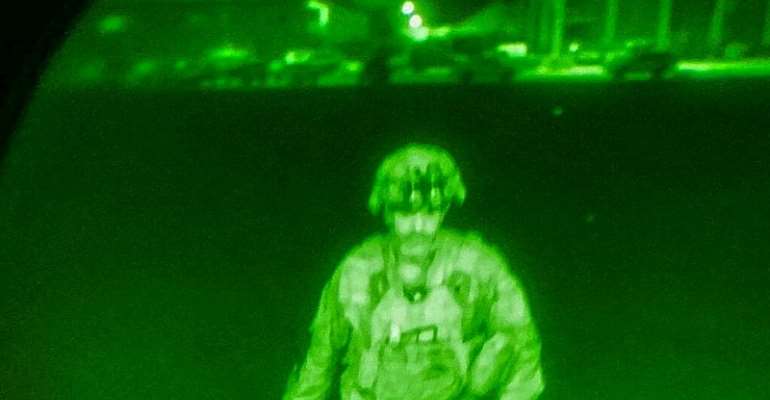 via REUTERS - US ARMY

The Taliban offered words of reconciliation on Tuesday, as they celebrated defeating the United States and returning to power after two decades of war in Afghanistan. The last of 6,000 US troops who oversaw a desperate evacuation effort flew out of Kabul airport on Monday night.

As the last US transport plane took off, Taliban fighters swept into the airport, celebrating their return after the American invasion in 2001.

That US effort toppled the hardline Islamists because of their support for the Al-Qaeda terror network.

"Congratulations to Afghanistan ... this victory belongs to us all," Taliban spokesman Zabihullah Mujahid told reporters hours later from the runway of the airport.

Mujahid said the Taliban's victory was a "lesson for other invaders".

However the Taliban have repeatedly promised a more tolerant and open brand of rule compared with their first stint in power, and Mujahid continued that theme.

Many Afghans are terrified of a repeat of the Taliban's initial rule from 1996-2001, which was infamous for their treatment of girls and women, as well as a brutal justice system.

The US withdrawal ended just before the 31 August deadline set by President Joe Biden. This has been America's longest war, in which at least 2,400 US service members lost their lives.

The early finish followed a threat from the regional offshoot of the Islamic State group, rivals of the Taliban, which had threatened to attack US forces at the airport.

Thirteen American troops were among more than 100 people killed when an IS suicide bomber late last week attacked the perimeter of the airport, where desperate Afghans had massed in the hope of getting on board an evacuation flight.

More than 123,000 people were evacuated from Kabul during the US-led airlift operation, which began just after the Taliban swept into the capital on 14 August.

Biden has said he will address the nation on Tuesday in Washington, as his critics continued to savage him for his handling of the withdrawal.

A small number of US citizens, fewer than 200, according to Secretary of State Antony Blinken, are still awaiting evacuation from the Afghan capital.

Many thousands of Afghans who worked with the US-backed government and fear retribution also want to get out.

The UN Security Council adopted a resolution on Monday, requiring the Taliban to honour a commitment to let people freely leave Afghanistan in the coming days, and to grant access to the UN and other aid agencies.

But the UN council did not agree to call for the creation of a "safe zone" in Kabul, as envisaged by French President Emmanuel Macron.