The price of racial arrogance! 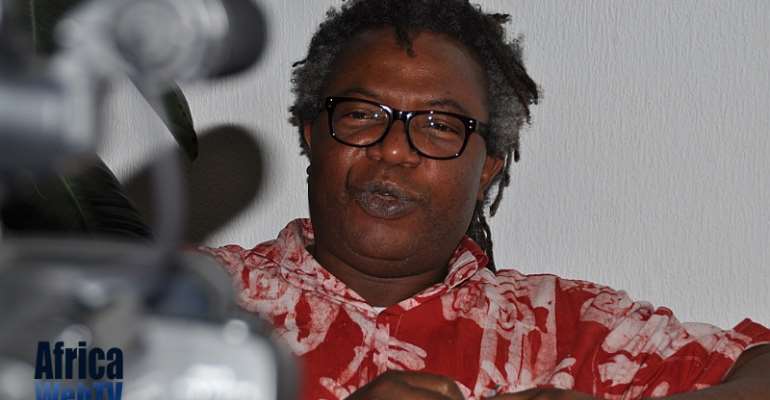 “We will destroy your country and bring it back to the Stone Age.” - American SecofState, James Baker, to the late Iraq’s Foreign Minister, Tariq Aziz.

A Yoruba tale had Tortoise, on visiting is in-laws was asked “When will you return,” replied: When I am disgraced.

The world will certainly be a very good place if only Westerners will temper their arrogance with some modicum of humility. How grand it will be for the world if Westerners were to shed their stupid beliefs that the rest of us await them to light our paths to civilization? We will have less wars, violence and wanton destruction.

The Taliban, having won a most decisive if unexpected victory, declared the Islamic Emirate of Afghanistan.

So went puff Western attempt to impose their wretched political system on a tribal land knitted together by a complex clan’s system the western one-track mind is incapable of comprehending.

None of the much touted intelligence agencies and the expensive Thinkthanks the West set up to promote its agenda saw it coming.

Forty-six years after Saigon, the world was treated to another spectacle of ignominious evacuation of Americans from a Third-rated country on which it has sought to impose its way of life.

Before the arrogant Westerners arrived with their sophisticated and hugely expensive armada of military hardware in their so-called war against terrorism, the Taliban never control the whole of Afghanistan.

Thanks to the bright boys of NATOstan who spent $1-3 trillion (depending on who is counting the beans) and twenty years in a futile attempt at constructing an Afghanistan in their image, the Taliban control the whole country safe for a pocket of resistance led by the son of the late legendary Mujaheedin commander, Ahmad Shah Massoud.

Despite the incessant din Westerners make about their democracy and free speech, I didn’t see much of either during my sojourn in Europe.

What I saw were a most sheepish people who lap up whatever their ruler imposed on them. Of course, citizens troop to polling stations to cast votes but, truth be told, the whole thing is one huge farce as the political actors do not provide credible alternatives. The much touted independent media in the West is a farce; their journalists function as mere stenographers happily regurgitating official press releases.

A Yoruba proverb says: Omo ti ko de oko elomiran ri lo ma wipe ti Baba oun lo tobi ju / It is the child who has never been to another farm that will say that his father��s is the biggest.

The Western Hegemon continue to make the same egregious mistakes across the world because they are simply too arrogant to discover humility.

The racial arrogant of Westerners will never allow them to pause, reflect and change gear in their dealings with non-Europeans simply because that will demand of them a recognition of their equality with the rest of humanity.

This cannot be an easy task for a people who has spent the last six or so century fabricating the nonsense about their superiority and their Exceptionalism.

I see in Europe a self-absorbed and self-reverential people dancing to their own self-generated lullabies.

Few Europeans are interested in what happens outside their borders, fewer care to learn anything about other cultures.

That fact will, however, not stop them from proclaiming their values as the best in the whole wide world, one that must be promoted to the level of praxis and imposed by force of arms if necessary.

Of course, Westerners will not bother to tell us how they arrive at their conclusions of theirs being the best system; they just take it for granted.

For a people who are so fixated on data sets, Europeans strike one as a bunch of ignorami who arrive at conclusions that are not premised on solid empirical evidence.

A good example is in aesthetics where Europeans will boldly and audaciously proclaim one of theirs as “The most beautiful woman in the world.”

Westerners spent good money to build fanciful military hardware which they touted as the most technologically-advanced in the, so enamored did they become with the high-tech weapons that they forgot how to fight. The Talibans cradle only RPGs and AK-47s but managed to whip the asses of the over-armed American and NATO forces.

Those of us in Global South should raise our glasses in celebratory toast!