What At All Does Life Mean To Us As Individuals? 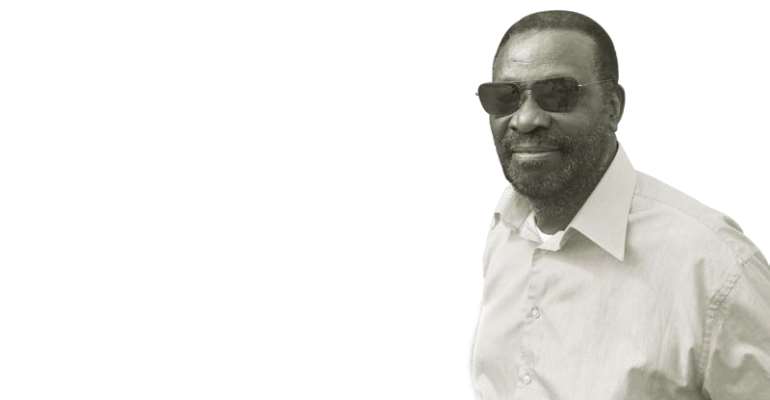 WHETHER one is a Christian or not, there are many passages in the Christians' HolyBible that are so eloquently crafted – what with their rich poetic imagery – that anyone who appreciates the beauty of language, can appreciate, or be inspired, by them, irrespective of his or her attitude towards religion (as such)?

Examine, for instance, what the Bible has to say about birds. Job 39 [in the Old Testament] asks humans: "Does the hawk take flight by your wisdom [before it spreads] its wings toward the south? Does the eagle soar at your command [before building] its nest on high? It dwells on a cliff and stays there at night. A rocky crag is its stronghold. From there, it looks for food; its eyes detect [food] from afar."

The New Testament equally offers observations that could easily have been written by a modern, trained ornithologist. At Luke 12:24 we read:

QUOTE“Consider the ravens: They do not sow or reap, they have no storeroom or barn; yet God feeds them!”

Verse 28 of the same chapter in Luke further invites us to ponder some of the other fellow creatures with which Nature has surrounded us. It urges us:

QUOTE: “See how the flowers of the field grow. They do not labour or spin. Yet I tell you that not even Solomon, in all his splendour, was dressed like one of [them]! UNQUOTE

Now, forgive me if you think I am being naïve, or have begun to go soft in the head. But please do consider that Charles Darwin, from his incomparable observation of the minutiae that constitute the complexities found in life forms on earth, came to much the same appreciation of the wondrous works wrought by Nature, through natural selection, as do the verses quoted above.

The adaptations that have occurred among living things since the Earth was formed, suggest that humans are the most wondrous creatures on the Planet (through the incredible evolution that has occurred in our brains) and that we should repay Nature by organising ourselves to better effect than we have so far shown ourselves capable of doing.

You see, the contradictions amongst us are simply humongous.Products wrought by humanity's hands have landed safely on the Moon and Mars. We have cloned living beings; we have artificially created new life by implanting cells into organs whose natural state had been damaged by genetic factors or by accident.

Yet we are also persistently destroying, through the continued use of fossil fuels, the ozone layer and other elements in the Earth's atmosphere that we know protect us from the deadly rays of The Sun!

We can see the effects of climate change on life on Earth. Our television news bulletins vividly show us the immense fires being caused in some of the most beautiful built-up areas on Earth – such as California and the Greek Islands – to say nothing of virgin forests!)

We also see floods taking away cars and houses in the country whose scientific know-how brought the world the autobahn. Icebergs are melting before our eyes, presaging a time, fast approaching, when low-lying coastlands will vanish beneath the oceans.

Yet so stupid and self-centred is humankind that it argues endlessly about the methods that may mitigate the effects of the destruction that we know we have caused on Earth. Yes – our scientists have been telling us that our destruction of the environment us has probably reached the point of no return – already!

But what do we argue about? Who shall pay for the costs that will be incurred if fossil fuels are banned! Who should payto compensate the “poor countries” of the world for the economic consequences that the halting of industrialisation-by-fossil-fuels will cause them?

Is that the best the world can do in the face of the possible destruction of ALL life on earth? Alas, on present showing, NO-one can predict that the “statesmen” of the world will rise to the challenge and be able to save Mother Earth. Apparently, once a human being enjoys certain advantages, he/she finds it almost impossible to conceive of giving them them up. Ever!

Talking of which, I must return with pain to the situation in Ghana. I read, in the past week, that the Government has decided to BAN the manufacture of changfan machines in Ghana!

Here is the full report:

“The government has banned the manufacturing of changfang machines used by illegal miners on water-bodies for mining. The

Deputy Minister for Lands and Natural Resources, Mr George Mireku Duker, who announced this, said anyone who flouts the order would be arrested and prosecuted in accordance with [the] law.

“He gave the directive when he inaugurated a 40-member Ghana National Small-Scale Miners Association taskforce in Kumasi.

He said the Government would crack down on all persons..... engaged in the production of changfang motors to aid illegal mining activities on river bodies.

“The Deputy Minister indicated that the taskforce was to immediately work to curb illegal mining on rivers, including the Ankobra. 'Just yesterday', he said, 'several changfang machines were destroyed by the Military taskforce on river Ankobra'.

“He also announced the formation and inauguration of Regional Task-forces to support the current operation on river-bodies.

The Deputy Minister said the Minerals Commission is making available 5 speed boat (Multi- purpose vessels) to complement the efforts of the Taskforce and charged the team to devote themselves to the task ahead, devoid of extortion from the public.

“With the National Security, Military, Navy and the National small scale miners engaged in a joint operation to tackle mining on the Ankobra, Hon. Mireku Duker was sure of a successful outcome saying, "You know the rudiments already. Help us to clean up the the small-scale mining sector.”

“He emphasized that the Government would intensify its initiatives for fighting illegal mining to curb the menace in the small-scale mining sector.” UNQUOTE

If this report is true, it leads to a series of questions, the most important of which are these:

The public awaits with interest, answers to these questions.