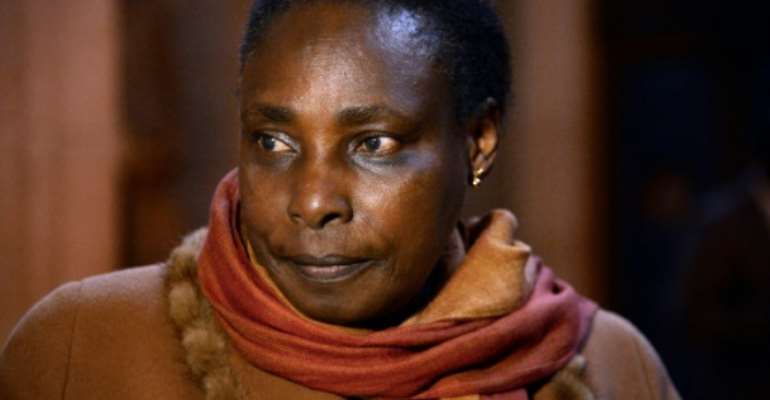 Paris has refused Rwanda's request for Habyarimana's extradition, while also denying her asylum or residency status. By Bertrand GUAY (AFP/File)

A Paris appeals court on Monday rejected a request by the widow of Rwanda's former president Juvenal Habyarimana to end an investigation into claims she played a role in the country's 1994 genocide, a legal source told AFP.

Agathe Habyarimana, 78, has been living in France since 1998 and has twice been questioned over suspicions that she was part of the Hutu inner circle of power that planned and orchestrated the killings of mainly ethnic Tutsis.

So far Paris has refused Rwanda's request for her extradition, but the government has also denied her asylum or residency status as the inquiry continues, leaving her in a legal limbo.

A lower court already refused last November her bid to have the investigation dropped, a ruling upheld by the appeals court.

Habyarimana's lawyer, Philippe Meilhac, said the decision was based on technicalities.

"The true debate is being eclipsed because the court is focusing on legal quibbles," Meilhac said.

The investigation has been under way since 2008, when a French-based victims' association, the Collective of Civil Plaintiffs for Rwanda (CPCR), filed a legal complaint against Habyarimana.

"What will come from the legal inquiry in this case?" Gauthier asked. "Is the French legal system going to keep dragging its feet for years, hoping that Mrs Habyarimana dies and the case goes away?"

The former first lady fled Rwanda with French help just days after her husband's plane was shot down in April 1994, triggering the genocide.

Around 800,000 people were slaughtered in one of the 20th century's worst atrocities.

Rwanda's President Paul Kagame, who led the Tutsi rebellion that ended the massacres in July 1994, has said Habyarimana is "top of the list" of suspects he wants brought to justice.

During a visit to Kigali in May, French President Emmanuel Macron acknowledged that his country had backed Juvenal Habyarimana's government and ignored warnings of the impending massacres, before abandoning thousands of Tutsis to their grisly fate.