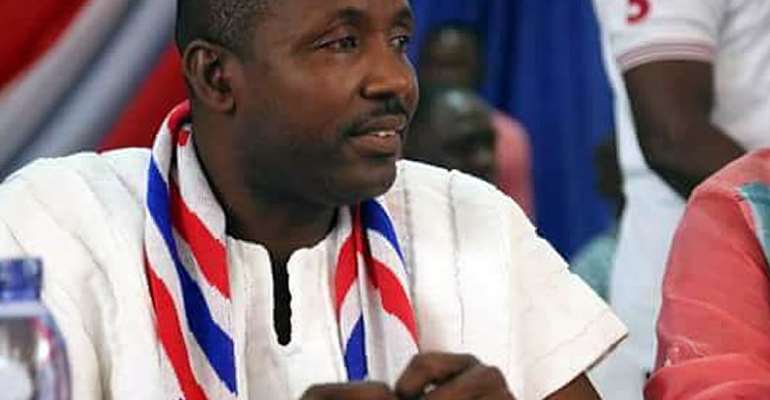 The acid tongue scribe amateurishly branded the Rt hon Speaker as part of his grand scheme to ruin the reputation of the veteran lawmaker in a series of masterminded communiqués.

In his recent series of well planned wired communication scheme, John Boadu unjustifiably attacked the revered speaker, Hon Alban SK Bagbin, with lies to reroute the media traffic away from his crèche-esque leadership and unbelievable incompetent conduct of his party leadership as a whole.

The ego centered General secretary communiqué aimed at Hon. Alban SK Bagbin as having lied against him confirmed his naivety and lack of comprehension on political administration. He exposed his poor understanding of simple political discourse.

Hosting and updating a delegation from Ethiopia on the events that led to Ghana having a hanged parliament, Rt Hon Alban SK Bagbin stated that Ghanaians did not vote based on any laid down template to produce 137-137 Members of Parliament on either side.

Responding to the harmless comments made by the speaker, John Boadu run down Hon Alban SK Bagbin without any justified course to confirm the recent pictorial mood.

Mr. John Boadu recalled at one of his post election press conferences to respond to the NDC’s, stated that they [NDC] had won majority seats but could not be declared as winners of the 2020 presidential elections. John Boadu pointed out to them that it was possible for a party to win more seats in parliament and yet lose the presidential elections.

He claimed that the phenomenon of “skirt and blouse voting” which has become a regular feature in our general elections, make nonsense of the NDC’s proposition. The General Secretary, in analyzing the 2020 elections results, cited the case of the Central Region, where even though, the NPP won only 10 out of the 23 Parliamentary Seats, Candidate Nana Akufo-Addo won in 19 constituencies.”, portions of Buodu’s hastily assembled communiqué reads.

The Rt Hon Speaker was just recounting Boadu’s own orchestrated media report of his assertions. He never fought the media about what was reported about him but finds it necessary to brazenly attack the very much respected Speaker. From what angle was John Boadu responding to Hon Alban SK Bagbin? Is it a case of long harbored hatred against the man? Will this crèche-esque style cleanse Boadu off his leadership paralysis?