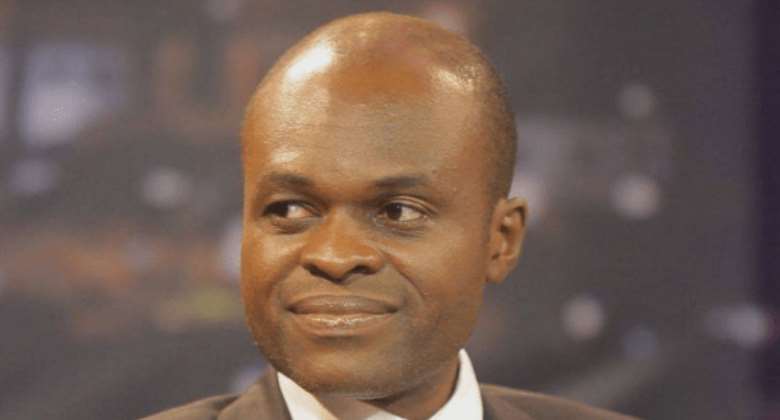 A private legal practitioner, Martin Kpebu, has described as “sound and useful”, the Supreme Court's majority decision that prohibited Justice Clemence Jackson Honyenuga from presiding over the trial of a former Chief Executive Officer (CEO) of the Ghana Cocoa Board (COCOBOD), Dr Stephen Kwabena Opuni, and businessman, Alhaji Seidu Agongo.

Mr. Kpebu said the “landmark decision” by the Supreme Court against Justice Honyenuga, a Justice of the Supreme Court, with additional responsibility as a High Court Judge, was very rare but positive for public confidence in the judiciary system.

The legal practitioner said the three-two majority decision, which is now being challenged by the Attorney General and Minister of Justice, demonstrated that even the Supreme Court, which is the highest court of the land, was allowed to hold the scales of justice evenly balanced between the state and an accused person.

“In this particular case, the Supreme Court has had to prohibit one of its own and for me, to the extent that the Judge is one of their own and still being prohibited, tells you that the Supreme Court is really up to the task,” he said.

The legal practitioner made the remark in an interview with the media on the court’s ruling, which barred Justice Honyenuga from continuing to preside over the case on grounds of bias. Justice delivery system

He said it would also conscientise the public that the justice system was capable of holding its own to account whenever they erred.

He added that the decision will go a long way to help promote public confidence in the country's justice delivery system.

“This ruling tells you that even the Supreme Court has no problem prohibiting one of their own, and this is a strong message to all Ghanaians and the business community as well,” he said. Supreme Court ruling

On July 28, 2021, a five-member panel of the apex Court removed Justice Honyenuga from presiding over the trial of Dr. Opuni and Alhaji Agongo.

The court, presided over by Justice Jones Dotse, upheld the former CEO's request for the removal of Justice Honyenuga, from presiding over the case at the High Court.

The Supreme Court also quashed Justice Honyenuga's ruling, which had dismissed the applicant's submission of 'no case' during the trial at the High Court.

The President of the panel, Justice Dotse, and Justice Lovelace-Johnson dissented from the decision.

But for the recent application for review, Mr. Kpebu said the decision meant that the case would have had to begin from scratch, with the accused persons taking their plea after the state had filed its processes afresh.

Dr. Opuni and Alhaji Agongo, the CEO of Agricult Ghana Limited, an agrochemicals company, are on trial on the accusation of causing financial loss of more than GH¢271 million to the state.

Agongo has been accused of using fraudulent means to sell substandard fertiliser to the COCOBOD for onward distribution to cocoa farmers, while Dr Opuni is accused of facilitating the act by not allowing Agongo's products to be tested and certified as required by law.

The two have denied any wrongdoing and pleaded not guilty to all the charges.