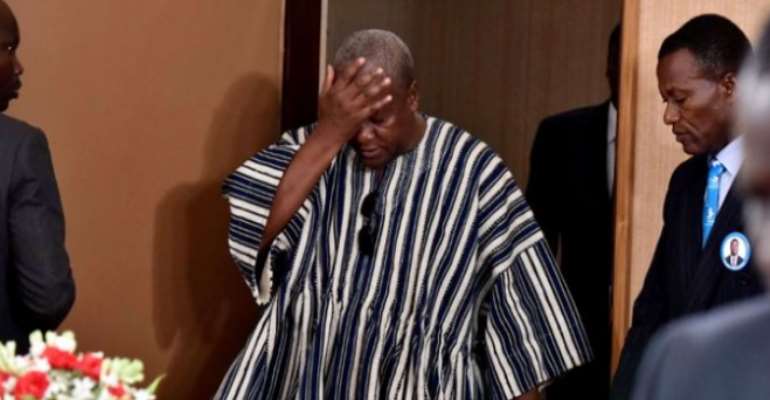 The renowned journalist with London-based MTA International (Muslim TV) died after a vehicle he was travelling on was attacked by armed robbers who fired several rounds and took their valuables from them last week.

Reacting to the death of Syed Taaley Ahmed as well as other highway robberies in the past few months, John Mahama says there is an urgent need to find immediate ways to curb the crime on the highways.

In a release from his office, the former President notes that “it is truly ironic that a journalist working on a documentary on peace and security should die from an incident of highway robbery, which has become symptomatic of the violent crime currently consuming our country.”

Sympathising with the families of the lost ones, John Mahama has called on the current government to take steps to beef up security not only in the towns and cities but on the highways as well.

“We, therefore, call on the Akufo-Addo/Bawumia government to take urgent steps to address the deteriorating security situation in the country so that our people can feel safe to go about their daily activities,” the statement from the former President concludes.

There's no disquiet among us over Akufo-Addo 'luxury' trips,...
21 minutes ago