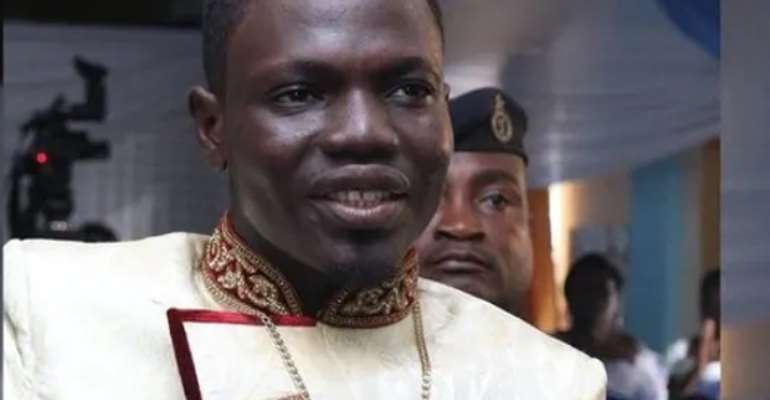 A 30-year-old woman residing at Diabene New Site, near Sekondi, has made some allegations against the founder and head pastor of El-Shadai Outreach Ministry at Anaji, near Takoradi.

According to Regina Ankrah, Bishop Jude Nana Kwame Sarpong had sexual intercourse with her while she was married and became pregnant and gave birth to a male child.

She, however, indicated that the pastor has allegedly refused to take care of the child and did not marry her as promised.

She has, therefore, dragged the pastor to court for maintenance in arrears and breach of promise to marry her.

In her statement of claim to the court, Regina Ankrah indicated that in or around 2014, she was introduced to the church by her ex-husband who was then her fiancé.

Plaintiff said upon joining the church, the pastor prophesised to her that she was married in the spiritual realm to her deceased father and for that matter she would not be successful in any marriage unless she was exorcised.

The said she believed the prophecy because she had had two issues with two different men without marriage.

Pursuant to the prophecy, the defendant took plaintiff through some spiritual rituals which ended up with the pastor sleeping with her as part of the deliverance process at a hotel in Kumasi, just one week to the wedding of plaintiff and her fiancé.

The woman averred that she could not believe herself sleeping with the defendant, and suspected that the pastor in the course of the deliverance, cast a spell on her which gave defendant access to have sexual intercourse with her.

She mentioned in the statement that she got married to her fiancé on November 15, 2015 at the same church, with the pastor playing a pivotal role in her marriage ceremony.

The woman said her sexual escapades with the pastor after her marriage did not cease, but she was compelled to have several sexual activities with the defendant for over a period of four years, all under the guise of deliverance.

Plaintiff mentioned that as part of the deliverance, she was instructed by defendant not to allow her husband to sleep with her since it would adversely affect the husband, and she obliged.

As proof of his determination to marry plaintiff, the pastor gave her a promissory ring with the instructions to replace it with her wedding ring, which she obliged, and this resulted in serious misunderstandings between the plaintiff and the husband.

Plaintiff said after four years of the adulterous relationship, she became pregnant and since the husband was not responsible, he (husband) took the issue to court for divorce which was granted.

The woman stated that the pastor did not deny the responsibility of the pregnancy and asked the plaintiff not to worry, and promised to marry her after the divorce.

The pastor and his uncle approached the plaintiff's family to acknowledge paternity of the child and presented a name to be given to the child.

She said the pastor was thereafter maintaining the home by remitting plaintiff GH¢500.00 a month for her upkeep and that of the child.

She added that plans were afoot for the parties to get married until their relationship turned sour when the pastor allegedly started neglecting plaintiff and their child, which has resulted in the plaintiff sending the matter to court.

The case is currently before the Takoradi Circuit Court B in the Western Region.