Gambia says migrants expelled from EU are not welcome home 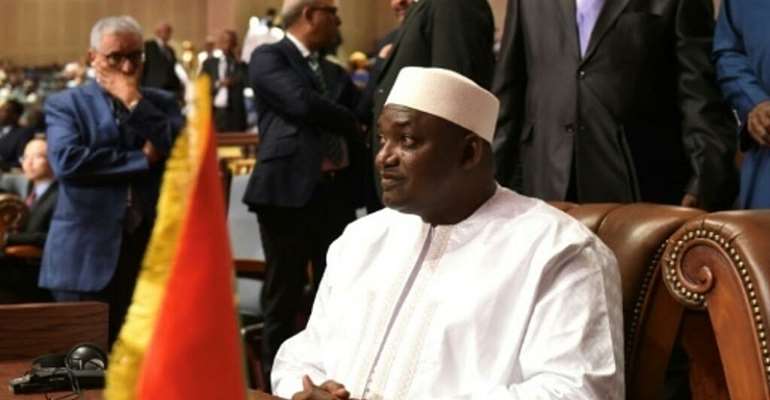 The Gambia has formally blocked flights returning migrants deported from the European Union. Banjul argues that the country cannot reintegrate them.

Being the smallest country on mainland Africa, Gambia has a long tradition of migration.

An estimated 118,000 Gambians live abroad, according to the International Organisation for Migration, who send home remittances worth over 20 percent of the country's GDP.

However, this week's announcement that the government aims to block flights of returning migrants comes ahead of a presidential election in December and some have interpreted the move as a bid to boost electoral support ahead of the poll.

The Banjul administration says it will block all flights returning migrants from the EU, just as Germany was preparing to expel a number of Gambians.

He maintains: "We are trying to consolidate the peace, stability and democracy we have in this country."

The Gambia was ruled by violent dictator Yahya Jammeh for 22 years, until he was forced from power in 2017 after losing a presidential election to Adama Barrow.

The first Gambian presidential election of the post-Jammeh era is due to be held on 4 December.

Meanwhile a European diplomat, who declined to be named, described The Gambia's move to block migrant returns as "a political issue" motivated by the upcoming election.

European governments have previously complained that The Gambia has never fully cooperated on returns.

The West African country signed a non-binding agreement on returns with the EU in 2018 has reportedly "never fully respected".

The European Council is due to examine a proposal which would tighten access to EU visas for Gambians, for example, over the country's "failure to cooperate on readmission".