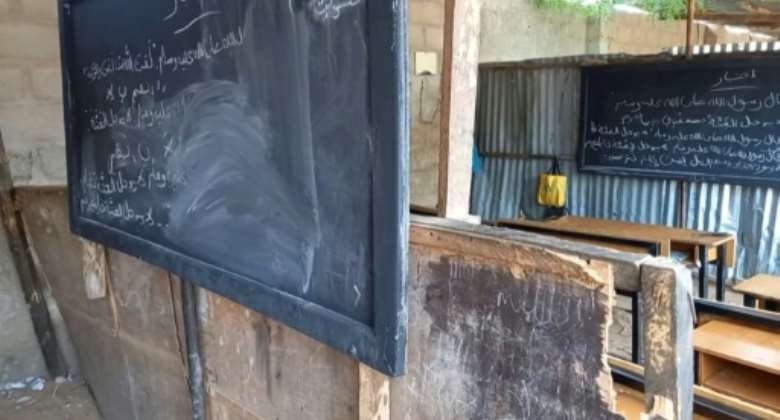 Pupils were kidnapped from the seminary in May. By - (AFP)

Nigerian gunmen have freed the remaining pupils from more than 100 kidnapped from an Islamic seminary in northwestern Niger State nearly three months ago, the school's head teacher said on Thursday.

Heavily armed criminals snatched 136 pupils from the seminary in Tegina on May 30 in one of a series of mass abductions targeting schools and colleges in Nigeria since December.

Six of the pupils died in captivity and a further 15 escaped in June, according to school officials.

"The pupils have all been released. We are now conveying them home," seminary head Abubakar Alhassan told AFP by telephone.

"I can't give you an exact number now. We will have to screen them when we get home. But none of the pupils is in captivity."

He did not give any details about how the pupils were released or say if a ransom was paid.

One of the parents, Fati Abdullahi, whose 18-year-old daughter and 15-year-old son were among the captives, confirmed the pupils were free.

"We have been in touch with those bringing them home on the phone. We have been tracking their journey home," Abdullahi said. "We are anxious to see them."

Northwest and central Nigeria have seen a surge in attacks, looting and mass abductions by criminal gangs known locally as bandits. But gangs this year began targeting schoolchildren and students as a way to squeeze out more ransom payments.

Around 1,000 students have been kidnapped since December after gangs started to hit schools. Most have been released after negotiations, but scores are still being held in forest camps.

Gunmen who kidnapped more than 100 students from a Baptist high school in northwestern Kaduna State released 15 more of those hostages after collecting ransom, a representative of the families said on Sunday.

Map of Nigeria locating Tegina, where the freed children were snatched in May from an Islamic seminary. By (AFP)

During the Tegina seminary kidnapping in May, around 200 motorcycle-riding gunmen stormed the town in Niger State's Rafi district, transporting the pupils to their rural hideout.

In August, an envoy sent to deliver a ransom payment was himself held captive for a week by the bandits before he was released with a demand for more money.

Just last week, the kidnappers had called the school to send more clothes for the children who had been wearing the same tattered clothing for months.

Violence in northwest and central Nigeria has its roots in years-long tensions and tit-for-tat armed raids between farmers and nomadic herders over grazing land and water resources.

But insecurity has worsened as criminal gangs emerged involved in cattle rustling, looting villages and mass kidnapping. Most of them are based in vast forests across Kaduna, Katsina, Niger and Zamfara states.

President Muhammadu Buhari has ordered military operations and air strikes on bandit camps but attacks have not stopped. Some local governors have attempted amnesty deals with the bandits but most have failed.