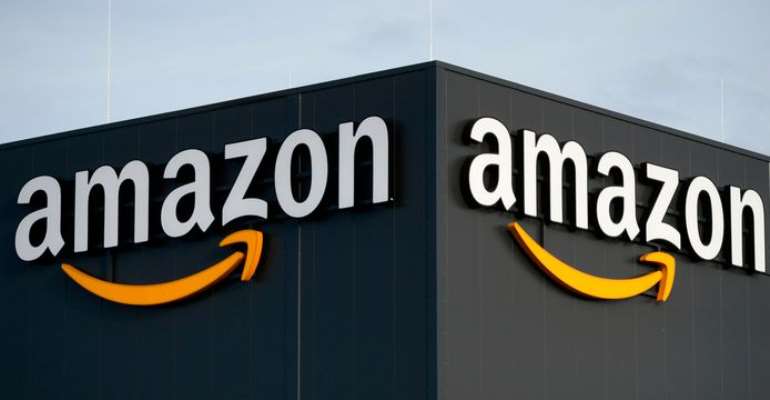 Since 2004, Amazon has been building a foothold on the African continent. In Cape Town, it already employs thousands in a global call centre and a range of data hubs. Its South African career portal is a busy place, with the vast majority of advertised jobs located in Cape Town. In April, as part of its aggrandising drive into the continent, the company announced that it would be opening its African headquarters as part of a new, multipurpose development.

The Cape Town development, worth R4 billion (US$284 million), is part of a broader enterprise spanning 15 hectares along a riverside area that promises a range of uses: a hotel, offices, shops, a gym, a number of restaurants, a conference space and affordable housing. Amazon is intended as the main tenant, with its headquarters covering 70,000 square metres (17.3 acres).

The project is not going ahead unopposed. The site had previously been given a two-year interim heritage designation, which expired in April 2020. It is distinguished by riverside, verdant space and the confluence of the Black and Liesbeek Rivers, considered of cultural significance to some descendants of the Khoi and San. To them historical parallels of this enterprise appear with ominous significance. The Khoi did valiant battle with cattle-raiding Portuguese in a famous encounter half a millennium ago, leaving Francis de Almeida, the first viceroy of the Portuguese Indies, dead.

In 1659, the Dutch followed, though on this occasion, the tribes were unable to prevail. The colonial administrator Jan Van Riebeeck had little time for a culture with no written title deeds for land or written records. An all too familiar pattern of conduct by a European power followed: appropriation, dispossession, a spate of armed uprisings. “You can trace the origins of our identity here, it is the footprint of our resistance against colonialism,” suggests Tauriq Jenkins of the Goringhaicona Khoi Khoin Indigenous Traditional Council (GKKITC). The development showed “a lack of sensitivity to our heritage”.

The Observatory Civic Association, a body representing residents from a nearby community, claims that upwards of 50,000 objections to the development have been lodged with city and provincial authorities.

This month, the GKKITC and the Observatory Civic Association filed an interdict in the Western Cape High Court seeking to halt the development upon the River Club site. The broader object of the campaign is to ultimately have the riverside area listed as a World Heritage Site.

A petition opposing the development has also attracted, to date, almost 57,000 names. Comprising “unique heritage and environmentally sensitive riverine area”, the development would negate “the history of resistance by indigenous Khoi peoples in the area and the deep cultural and spiritual links that they hold with the valley.” The petitioners also claim that flooding risks will be aggravated and destroy the means by which the aquifer on the site can be recharged, an essential part of Cape Town’s resilience before the effects of climate change.

Amazon, for its part, has left the task of answering any searching questions on the development to Zenprop, the main developer. Zenprop, in turn, has referred those queries to the Liesbeek Leisure Properties Trust, who claim, predictably, that milk honey will flow: jobs will follow (6,000 direct, 19,000 indirect), as will foreign investment and an improvement in Cape Town’s quality of life. It is also hoping that local support for the project will remain sufficiently strong.

LLTP’s blinkered Jody Aufrichtig finds little in the way of dissatisfaction. The appropriate approvals process was pursued, and the public consulted. “There is no groundswell of unhappiness,” she asserts. “The handful of vocal objectors who remain, who were given fair opportunity to participate, simply do not like the outcome.” As for cultural sensitivities, Aufrichtig outlined a few proposed measures, including designs for a heritage centre, an Indigenous medicinal garden, and a hiking trail. Descendants of the Khoi and San would also be involved in the project as educators and operators.

One of the groups cheering Amazon and the impending development is the First Nations Collective, which is also drawn from members of the Khoi and San. Its spokesperson, Zenzile Khoisan, felt that their various cultural needs had been addressed. “We have secured a place to memorialise and celebrate our cultural agency and belonging, where we can articulate our narrative in our own voice to the world.” He also approved of plans that “put First Nations at the centre of the project, right across the street from that building everyone is talking about, the Amazon building.”

Cape Town Mayer Dan Plato has also given his nod of approval. “We are acutely aware of the need to balance investment and job creation, along with heritage and planning considerations.” On this occasion, the balance overwhelmingly favoured tourism and jobs. The application, he claimed in a May statement skimpy on environmental impacts, “does not adversely affect the rights of surrounding properties and appropriate design mitigation will be required in the conditions of approval.”

Such an accommodating tone to Amazon should come as a worry, not only to those in South Africa, but farther afield on the continent. The company’s ruthlessness is a grand rebuke for all who think certain markets, as a rule, encourage diversity and healthy competition. The Amazon effect, as it is termed, has seen the company firmly, if not brutally, assert its kingly role in the e-commerce marketplace. The Institute for Local Self-Reliance (ILSR) has drawn attention to a tendency the company has made famous over the years: eliminating competition, absorbing industries and killing innovation.

In June 2021, the ILSR released a factsheet documenting the various sins of the company. The list is ugly and extensive including, among many things, the company’s policy of impairing the means small businesses have “to operate independently and blocking them from having direct relationships with their customers.” Amazon has also made a habit of pinching the “best ideas and innovations” from independent businesses. It blocks independent businesses from offering lower prices available on other sites. It shuns due process in eliminating small businesses and sells goods and services below cost “to harm rivals and take market share.”

Lawmakers in the United States have also shown interest in the company’s predatory practices. The US House Judiciary Committee, after a 15-month investigation, found that Amazon “has monopoly power over many small- and medium size businesses that do not have a viable alternative to Amazon for reaching online consumers.” Amazon, for its part, insists through lobbying and public relations efforts that its presence is a tonic for small businesses in what it calls “a mutually beneficial relationship”. The company, the claim goes, provides a valuable platform to enable them to thrive. “As many independent businesses across the country have struggled and even shuttered, smaller companies have continued to grow with Amazon.”

Small business owners in South Africa and beyond, including independent retailers, small consumer product manufacturers, and publishers, have been warned. As the great plundering founder Jeff Bezos himself observed, “When you are small, someone else that is bigger can always come along and take away what you have.” The door to a continent is being opened, and, with fitting darkness, it is taking place upon historically dispossessed land.