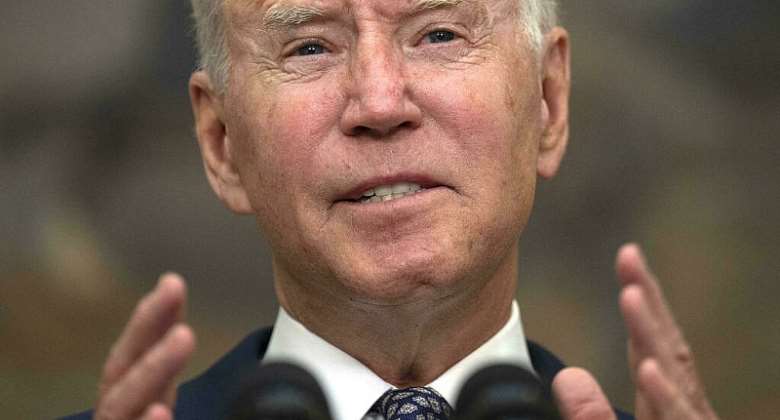 President Joe Biden has refused to given to calls by American allies to keep US troops in Afghanistan beyond a 31 August deadline, telling the world “the sooner we finish the better”.

Speaking at the White house late Tuesday following a meeting of G7 leaders, Biden said the United States was "on pace" to finish evacuations by the end of the month.

"Each day of operations brings added risk to our troops,” Biden added, referring to the growing threat of an attack by Islamic State militants, also enemies of the Taliban.

“I am determined to complete our mission.”
European push
European leaders in particular have pushed for an extension of the American military presence, in order to allow more time for the evacuation of Afghans deemed to be targets of the Taliban, who now control Afghanistan.

Biden conceded that meeting the 31 August timetable would depend on the Taliban “continuing to cooperate and allow access to the airport” for evacuation operations.

RFI's correspondent in Kabul reported that the Taliban were closing the road to the airport to Afghan nationals, and allowing only foreigners to pass.

Despite remaining firm on the deadline, Biden has asked his team to be ready with contingency plans to postpone the withdrawal "if necessary".

So far, almost 80,000 people have been airlifted from Kabul. The Taliban oppose any extension to the evacuation deadline.

French suspect
Of the 1,500 evacuees taken to France, five have been placed under police surveillance with suspected links to the Taliban, BFMTV reported.

A 30-year-old man placed in solitary confinement in Noisy-le-Grand, a suburb in northern Paris.

France's Interior Ministry denied accusation by the far right of “loopholes” and laxity in vetting those allowed into the country.

President Emmanuel Macron promised last week that France would protect those most under threat in Afghanistan, while also vowing that Europe would put together a "robust" initiative to thwart illegal migration.