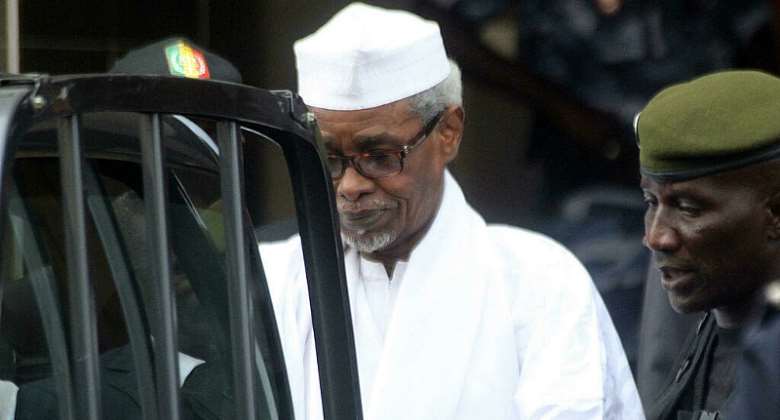 The Chadian former president Hissène Habré has died at the age of 79 in Senegal, where he was serving a life sentence for war crimes and crimes against humanity. Senegalese media report that the former leader died after contracting Covid-19.

Habré's eight-year rule of Chad, an impoverished, landlocked country in central Africa, was marked by a brutal crackdown on dissent in which more than 40,000 people died, according to investigators.

Habré seized power in Chad in 1982, fleeing to Senegal in 1990 after he was in turn overthrown.

The former leader was jailed in Senegal's capital Dakar in 2016 after an African Union-backed trial over abuses committed during years of iron-fisted rule in Chad.

A pitiless dictator who slaughtered his own people

Some 40,000 people are estimated to have been killed under Habré's leadership of the semi-desert country.

Habré's supporters continued to lobby for his freedom while he was in prison in Dakar.

The ex-dictator was released on a two-month furlough last year, designed to protect him from the coronavirus.

Reed Brody, a lawyer who represented Habré's victims, said in a statement on Tuesday that there had been calls for the former leader to be vaccinated against the virus.

Brody added that Habré will "go down in history as one of the world's most pitiless dictators, a man who slaughtered his own people to seize and maintain power".

Hissène Habré grew up in the Djourab desert. When Chad became independent in 1960, Habré moved to France where he studied political science.

In 1972, he returned home and launched a rebel group. He is suspected of having master-minded the kidnapping of several French nationals, notably the research worker Françoise Claustre, and the army officer Pierre Galopin, murdered after he went to negotiate the release of Claustre.

Presenting himself as the defender of Chadian territory against Libyan encroachment, Habré was nominated prime minister in 1978.

Four years later he led a coup, taking the presidency. He remained at the helm until he was himself ousted by Idriss Déby in 1990.

Hissène Habré was condemned to life imprisonment in May 2016 by the Special African Tribunal in Dakar. He lost a subsequent appeal against that sentence.