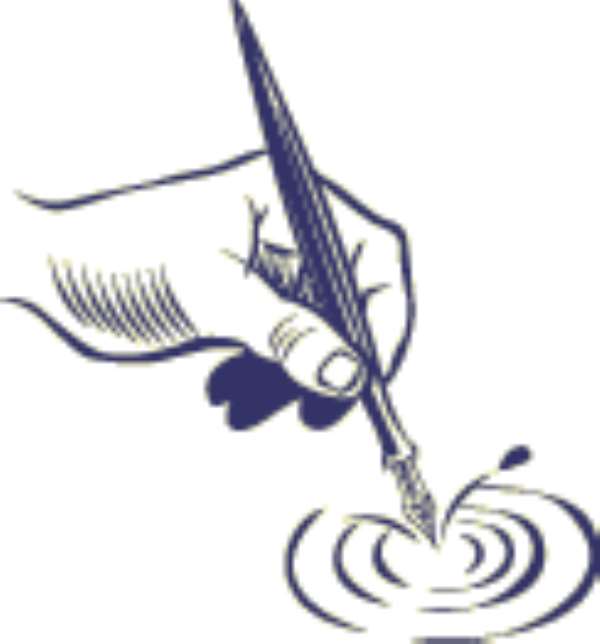 Implementing manifesto promises is the easier part of the job. The difficult part has to do with how to deal with imponderables that crop up, so goes the saying. President Kufuor, on assuming the reins of power, although for only six months has had to deal with some of his share of imponderables.

The most notable one that easily springs to mind is the Accra stadium tragedy, which killed 126 lives. It was a tragedy, which every patriotic Ghanaian would naturally expect our leaders to exemplify leadership by uniting the people by their comments and actions. Anything less is not just inappropriate but utterly wrong, tacky and downright disgraceful.

In my humble opinion, Prez.Kufuor and his officials said all the right things and acted with dignity befitting the responsible positions they hold. On occasions like these, the last thing anyone wants is divisive party politics, with opponents trying to score cheap political points.

What has to be remembered is that the executive is not the only arm of government entrusted with leadership in the conceptual sense of the word. Honourable MPs, the judiciary and other tiers of government functionaries all have a role to play in setting the right tones for the rest of the country as leaders.

When Hon. E. T. Mensah sought to exploit the shock and grief of Ghanaians for his own political ends as was alleged, did he think Ghanaians were so dumb as to follow him? He may have had the support of some like-minded negative thinking rabble-rousers but the majority of Ghanaians have greater respect for leaders who set the right example.

MPs are not elected in a beauty contest. They are elected to represent the views of their constituents, and that by definition means, they are the messengers of the people. However, they are also expected to show leadership by bringing the people together in pursuit of a common course, which regardless of the particular issue on hand at anytime, should have the best for the majority as its ultimate goal. Even in times of tragedies, when no blueprint necessarily exists for handling it, leaders are required to speak and act with utmost circumspect.

While, it was always expected that many in the NDC will take months, even years to come to terms with their loss of power and with it all the trappings they enjoyed, it still comes as a surprise to some of us that six months into the new administrations tenure, we hear some ugly voices from outback’s claiming the government has failed to honour its promises and has already lost the respect of Ghanaians.

What brass neck these peoplehave. Of course they are entitled to criticize the government if in their opinion, there is failure somewhere traceable to this government. But let us remind ourselves of some basic facts. How was the health service in Ghana on the eve of 31stDecember 1981, and how was it on the eve of 7th January 2001?

Is it worth a second of thought before answering? I doubt. I for one have never invested much hope in any government’s programme as the panacea to my problems. Governments will come and go yet problems will persist. If I look up to governments for anything, then it probably is that, they don’t make worse what they lay their hands on. And it is particularly offensive to use the levers of state power to attempt to settle personal scores.

While I fully support calls for the establishment of a Truth and Reconciliation Commission to investigate the excesses of the last administration, I think every effort should be made not to have it turned into a witch-hunt. And indeed, even if the top dog of that administration is to be called before theCommission, then so be it. New beginnings doesn’t call for sweeping the past under the carpet, but acknowledging the wrongs and figuring out how best not to repeat them.

It is in this spirit that I find Jerry Rawlings’ outbursts at his self-indulgent June 4 rally so despicable. Having been given a generous retirement package, which none of his predecessors had because he murdered them, I find it difficult to understand that he was simply condemned through the media and not sanctioned properly. Why have the police not called him in to have a chat with him, as it were, because incitement to cause the overthrow of a democratically elected government must be a felony. And by God, there was plenty of incitement in that speech.

An ex-president is not above thelaw, which is what he seems to think. I think the government has been too timid in dealing with him. Are they scared of provoking his bandits,wherever they are hiding into destabilizing the country? While I doubt he has anything under hissleeve to unleash on Ghanaians, I still think he has to be held to account forhis indiscreet remarks. After all, he is not insane. Only the insane’s comments are dismissed with a wave of hand. And let’s not forget his comments when handing over to the Limann administration before he came back.

He may not be coming himself, but his comments could just bolster the confidence of another nation wrecker seeking his own narrow ends. Let us remind ourselves that there are some who would never be able to embrace the idea of multi-party democracy, especially if they are not at the helm.

For the Kufuor administration, I hope you are well aware of the enormity of task facing you. We give you our unqualified support but we will be the first to turf you out of office if you fail us. We are patient, indeed very patient. We endured the terrible regime of the past for 20 odd years and saw our living standards plummet year on year.

We know the task facing you is huge yet we expect a real drive to tackle it. Names and titles do not mean much to us. Result is what we look forward to and are looking up to you for delivery. Do not disappoint us.