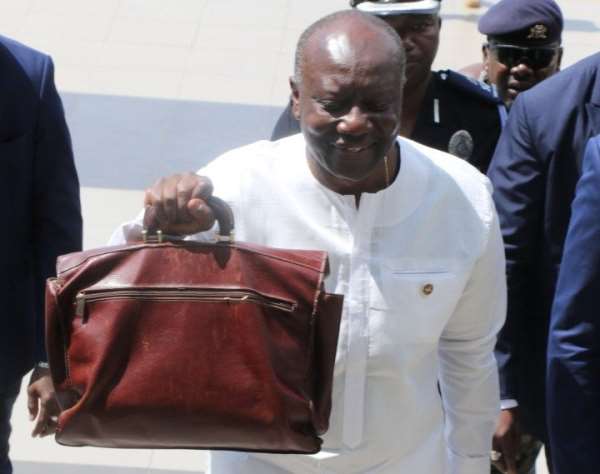 The Auditor-General annually generates reports from the activities of Public boards, Corporations and statutory institutions, which point clearly to a waste of the treasury of the state. The exposé of the Auditor-General should lead to a reproving awareness to the agencies of state, and even the government, of their wasteful nature in managing the resources of the state. The reports draw attention to a state that is efficient at wasting resources. Yet, it has never been the resolve of any government to block the leakages identified by the Auditor-General.

In treasury management, there should be an efficient balance between spending and revenue generation. The State has been deficient in drawing the expertise of its agencies to develop a framework that facilitates the proper management of cash, debts and to plan its resources management in general. The leading reason for corporations to properly manage their treasuries is to maximize the value of shareholders. The state needs to exploit resources to raise the standard of living of the people in Ghana.

The failure to constrain corruption and leakages, through misappropriation and embezzlement, distresses development badly and the welfare of the citizens. This failure is occasioned by the weaknesses of the institutions that are empowered to fight corruption. It is very nauseating reading the waste being conveyed in the Auditor-General’s report year after year. There are three key points that the state misses in the management of its treasury and resources in general: deployment of funds, optimum utilization of resources and risk management.

Corporations deploy funds to units that are efficient and productive. There are several reports of waste that occur in the government sector. These reports of malfeasance, to a large extent, have remained unquestioned for some time now. Misappropriation locked the country into a cycle of dysfunctional deployment of funds and investments or even resources in general.

The goal of resources allocation by states is to create satisfying welfares for its citizens. Alas, our country continues to operate in unproductive sectors and others that yield toxic effects and there is no hope this ending soon. There is no efficiency in the utilization of the resources available to the state. If state agencies were efficient, there would not be any need for excessive borrowings. The total amount of money involved in the waste reported by the Auditor-General is about the amount of money realized from some Eurobonds issued in the past.

Critically, there is risk associated with all options in every decision making process. The decision-makers need to review every option to achieve the targets of the state in development. Unfortunately, state agents have effortlessly failed to act in the best interest of the state. The factors that expose the state to risk are not far-fetched: non-compliance with procedures stipulated in the Public Financial Management Act, poor accounting procedures and systems and failure to keep proper accounts. There should be protective mechanism and controls to correct these anomalies in guarding the treasury of the state.

The Auditor-General can presently be viewed as undertaking an “annual institutional ritual” of reporting rots at the MDAs and other public corporations to pacify anti-corruption champions and the demands of the laws. The Auditor-General reported financial irregularities in the year 2020 amounting to Ghc 12.8 billion, an increase from Ghc 3 billion in 2018 and over Ghc 5 billion in 2019. These happenings corroborate the assertions of many who think nothing is done to retrieve the monies misappropriated. The state has not taken deterrent measures and actions to check these repetitive leakages. If punitive actions are taken, there should be minimal occurrence of these issues subsequently.

It is time for the Public Accounts Committee of Parliament to establish the right mechanism to end this money sapping action of MDAs, Public boards and other state institutions. It is one of the surest ways to save the state from this recurrent difficulty of achieving efficiency.

The country is experiencing a treasury “management curse” whose solution is difficult to obtain with ease. Yet, the state has steadily failed to develop systems to break the chains of an inherited self-imposed curse in development. It is time state agencies devise a standard mechanism of resource management that is suitable in charting a new path of growth and development to avoid drifting in despair.