Police: Stop Harassment and Intimidation of Ubani and Family 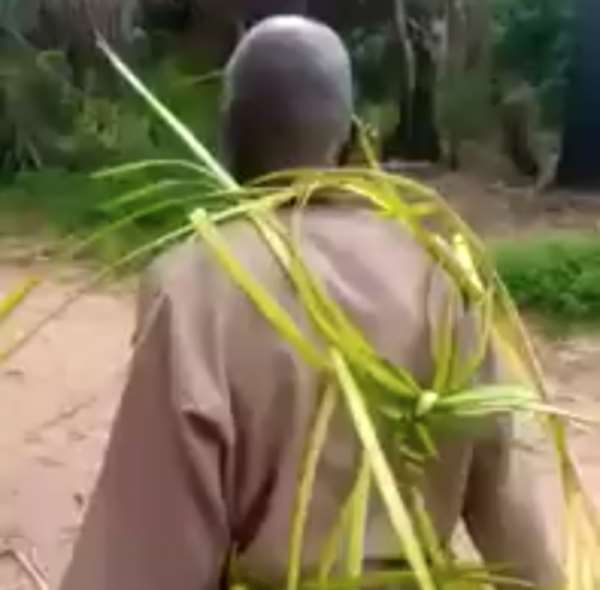 The Advocacy for Alleged Witches (AfAW) urges the Nigeria Police to stop harassing Mr. Obioma Ubani and the family. AfAW has been informed that police officers from the Zonal Headquarters in Umuahia went to arrest Mr. Ubani on August 19 2021. The officers did not meet Mr. Ubani. They went to meet the wife at a local market. The police officers asked her to collect a letter inviting the husband for questioning at the police station, but she declined. The police returned in the evening and tried to arrest the wife, but she fled and went into hiding.

Some family members accused Ubani of killing a relative through witchcraft and subsequently banished him. The video of Mr. Ubani being disgraced and banished from his community circulated on social media. His accusers threatened to murder him if they found him in the village. Mr. Ubani is currently in exile in Enugu state. From his exile, he has been fighting to realize justice and to safely return to his community, Amuda Isuochi in Abia state. Ubani reported the case to the police in Umuahia, but the investigation dragged on for some time. The police could not make any arrests. And at some point, Ubani took the matter to court, where it is currently being adjudicated. Courts are on vacation. The court will be hearing the matter on October 4, 2021. While the case is pending in court, the defendants sent a petition to the Inspector General of Police(IGP) asking the IGP to investigate Mr. Ubani for murder, manslaughter, and other alleged offenses. The IG sent the case to the AIG in Umuahia for investigation. The petition is the second on the same matter with the police in Umuahia. The first Investigative Police Officer (IPO) claimed not to be aware of the other petition. The second IPO also feigned ignorance of the earlier petition, including the fact that the case was pending in court. Ubani's wife and other relatives are currently in hiding. They fear for their lives and safety. They fear that the police would come to arrest and detain them at any moment.

AfAW enjoins the police to desist from any further harassment and intimidation of Mr. Ubani and his relatives. The police should not allow themselves to be distracted by frivolous petitions. They should take measures to bring those who accused and banished Ubani from his community to justice. Those who petitioned and asked that Ubani be investigated for murder are trying to evade justice. They are trying to ensure that justice is delayed and denied. The police should allow this to happen. Ubani was accused of killing somebody through magic. Such allegation has no basis in Nigerian law and the constitution. A village mob attacked Mr. Ubani and looted his apartment. Ubani and his family need justice and protection, not harassment and intimidation, from the police.