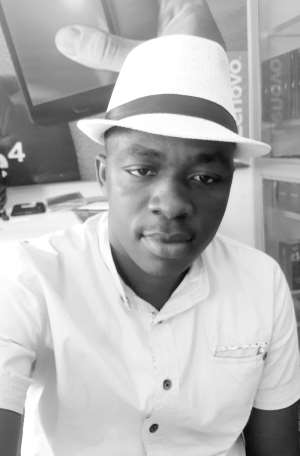 To adopt the fruits of sin is to give countenance to it. Public sector workers in Ghana through the likes of organized labour and the leadership of the various worker unions like GNAT, NAGRAT, CCT and the others have allowed successive governments to have a field day when it comes to emoluments and remuneration.

Whilst there are unsubstantiated allegations of governments finding ways and means to convince the leadership of the various worker unions through what can best be described as communist inferior tactics, to sometimes coerce their union members into believing and understanding that the government is committed to improving their conditions of service, recent events show that government is unconcerned about public sector workers and their conditions of service.

The irony is how union leaders who have been elected or chosen as the case may be to represent the interest of their members quickly align with the government as if they were government negotiators and not negotiators for the unions they represent. A case in point is the recent incomprehensible negotiation by organized labour for a four and seven percent increase in the base pay for the years 2021 and 2022 respectively.

The leadership of organized labour among others indicated that considering the adverse effects of the COVID-19 pandemic and the fact that the government has accepted for the period of this ridiculous base pay negotiated, that all public sector workers shall remain in active service and shall not lose their jobs as the basis for agreeing to this negotiated percentages for this and the coming year. What a reversal of fortune? Do we not have COVID-19 when the executive in cahoots with parliament approved a salary structure of article 71 officeholders for their spouses? Despite the palpable illegality of the same, did they not back date the same for arrears to be paid from 2017? Are the leadership of organized labour in Ghana? Has the leadership of organized labour not betrayed the trust of the members they represent? What is the need for their continued existence in office if they defile the very mandate and reason for holding that office?

The fundamental problem is that most public sector workers see nothing wrong with this and make jokes out of it for business to continue as usual. Is the widening gap between the ‘Belle full’ politician and the public sector worker not visible enough?

Despite the pervasive nature of the failure of the various unions in the public sector to hold the government to account to do what is right, the glaring failure of the leadership of teacher unions like GNAT, NAGRAT and CCT specifically nauseates beyond acceptable levels. The leadership of these unions have not only failed to establish the reason for their existence but have called for a vote of no confidence to be passed on them for the wastage they occasion. It is indeed interesting to see some of them jolted out of their slumber to make comments about conditions of service after the recent standoff between the University Teachers Association of Ghana (UTAG) and the government. Is it not time to take stock of your leadership, teachers?

As a matter of necessity and urgency, the leadership of organized labour, teacher unions apart from UTAG must be dissolved. It is only when this is done and done in the shortest possible time, with a new dedicated crop of leaders elected to head the labour unions that we can have a reformed public sector salary structure that is in the interest of public sector workers. The time to act is now.