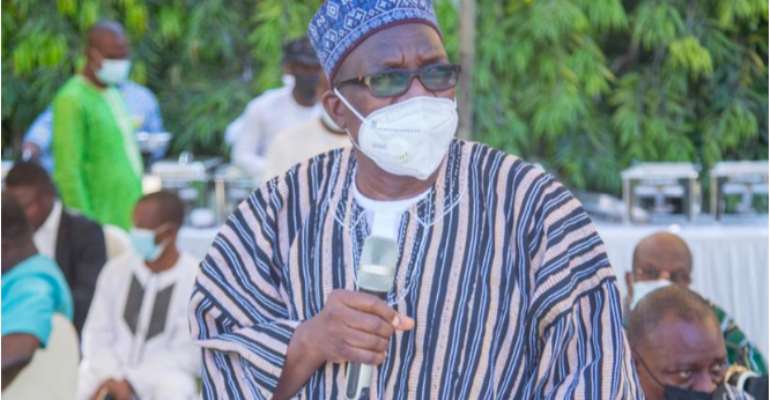 Ghana's Speaker of Parliament, Rt Hon Alban SK Bagbin has urged people of the Upper West Region to avoid divisive tendencies that have the potential to disrupt peace and development of the region.

This he posited will provide all a common platform to mutually project the region's strategic interest higher above all.

He was optimistic in his conviction and vast political experience that divisive politics was only but a recipe for the backwardness of the region.

He sounded this advice when some equally distinguished native from the region resident in Accra called on him at his official residence in Accra.

The people used the occasion to honour and celebrate the Speaker for his tremendous achievement in what they reckon a long political journey.

The Rt Hon. Speaker echoed the need for unison of purpose in diagnosing the critical issues of the region and proffer workable solutions to same.

A citation of honour was presented to the Speaker for winning the seat from an opposition party.

The delegation did believe in the capacity of the Speaker to deliver on the job with excellence to deepen Ghana's enviable democracy.

It was brought to light that this was the first time in Africa that a Speaker of Parliament was coming from an opposition party.

The delegation was led by some key statesmen in the region, Alhaji Mahama Iddrisu, Justice Yoni Kulendi ( a Justice of the Supreme Court) and Dr. Rashid Pelpuo his colleague MPs from the Upper West Region.

15 Assembly Members, others granted bail for cursing Regiona...
31 minutes ago

I wanted to turn down Accra Regional Minister job because I ...
37 minutes ago