Burkina Faso once more in mourning after jihadist massacre 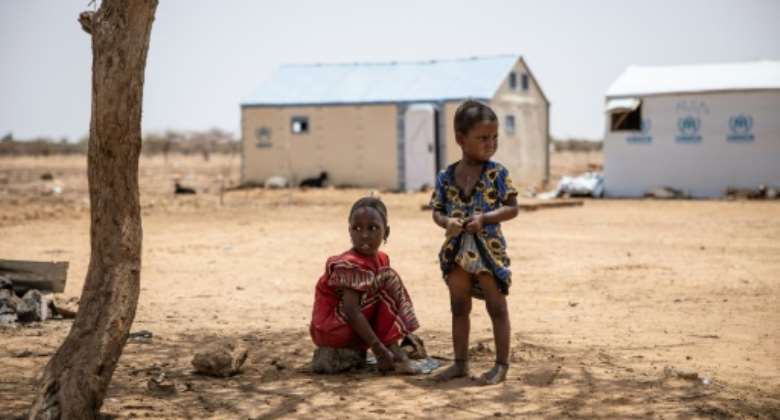 More than two million people in the Sahel have been displaced by jihadist violence, according to UN figures. By OLYMPIA DE MAISMONT (AFP)

The impoverished Sahel state of Burkina Faso was plunged once more into mourning on Thursday after suspected jihadists killed 47 people in an attack that raised fresh doubts about its armed forces.

The national flag was lowered to half-mast for three days of mourning at the parliament, presidency and government in offices in the capital Ouagadougou, an AFP journalist saw.

Newspapers and online media placed a black edging of mourning around their front pages, although some raised pointed questions over the country's security crisis.

"Over the past five years, the days have come and gone but look the same to the Burkinabe public," said the online outlet Wakatsera.

"The flags are raised and then almost immediately dropped to half-mast to mourn new dead, civilians and/or troops, in attacks by armed individuals who are usually never identified," it said.

"This time, the mourning will last 72 hours. What about tomorrow?"

The landlocked country has been battered for the past six years by jihadist attacks from neighbouring Mali -- the epicentre of a brutal insurgency that began in 2012 and has also hit Niger.

Thousands of soldiers and civilians have died in the three countries, while according to UN figures more than two million people have fled their homes.

In Burkina Faso itself, the toll stands at more than 1,500 dead and 1.3 million displaced.

In Wednesday's attack, 30 civilians, 14 police and three anti-jihadist defence volunteers were killed and 30 wounded near the town of Gorgadji in Burkina's Sahel region.

The location is in the so-called three-border area, where the frontiers of the three countries converge and gunmen linked to Al-Qaeda and the so-called Islamic State roam.

The security forces killed 58 "terrorists" and put the rest to flight, according to the government.

It was the third major attack on Burkina troops in the past two weeks, placing a spotlight on the country's poorly equipped and ill-trained armed forces against a highly mobile foe.

Since the start of August, 94 people have died in attacks in the north and northeast of the country.

Overnight on June 4, gunmen killed at least 132 people, including children, in the northeast village of Solhan. It was Burkina's deadliest attack in the history of the insurgency.

"With each new attack, we say we've hit bottom, but then another one comes along, reminding us that there is always something worse," said Bassirou Sedogo, a 47-year-old businessman.

"We observe national mourning, but we also wonder how an ambush against a military convoy... can leave so many casualties.

"If they can kill so many civilians who are under escort, that means no one anywhere in the area is safe from these killings."

The police and volunteers in the Gorgadji attack had been providing a security escort for civilian victims of preceding assaults who were going back to their homes elsewhere in the region, the authorities say.

On Niger's side of the "three-border" region, more than 450 people have been killed since the start of the year.

On Monday, armed men arriving on motorbikes killed 37 civilians in the village of Darey-Daye as they worked in the fields. Four women and 13 children were among the dead.