Nana Akufo Addo, Why Your Fight Against Corruption in Ghana Not Convincing? 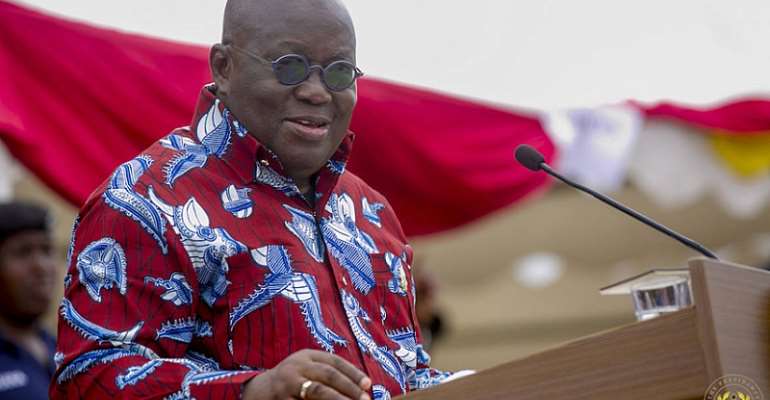 Nana Akufo Addo, you will agree with me that corruption is a national problem in both developing and developed Nations, occurring mostly through loss in tax revenues and decreased foreign investment.

With all the modern technology and digitalization of payments in the developed countries, the European Union loses around € 904 billion every single year.

You can, therefore, imagine a country like Ghana, in which every payment passes through the hands of individuals, there will never ever be a solution against corruption.

This is one of the reasons, I indicated in one of my articles that appointing the new Special Prosecutor, Kissi Agyebeng is just a financial loss to the state. You are just wasting Ghana's money "nyafu-nyafu."

Ghanaians, including me, had thought the former Special Prosecutor, Martin Amidu, was the one corrupt, the reason for years, he never prosecuted anyone even though corruption was blaring its horn everywhere in your administration.

After his resignation, we realized the psychological torture he had passed through because you wouldn’t allow him to do his job the way he wanted.

Another important fact worth mentioning here is you asked the former Auditor General, Domelevo to go on pension, yet, to my knowledge, the person you have appointed to manage GIHOC is over 70.

So, if you are doing all these things, who will believe your fight against corruption in the country?

You promised Ghanaians to protect the public’s purse because John Mahama is corrupt but under your administration, corruption has increased over 100%.

Look at the current corruption situation that has affected every infrastructure in Ghana, including the ports.

Yet, still, you have the audacity to stand in front of Ghanaians to tell Ghanaians that “My commitment to fighting corruption is steadfast.”

Every Ghanaian had faith in you because they thought since John Mahama had been declared corrupt, you'll surely consider the improvement of the lives of the common people, in a country so rich in natural resources. Unfortunately, you have turned Ghana upside down.

How can you convince me and other Ghanaians that you are effectively against corruption if you have failed to put any politician involved in corruption behind bars? A leader who is determining to fight corruption shouldn’t depend on words but action.

Probably, the former Ghanaian leader, John Mahama, failed to prosecute politicians who were involved in corruption during his administration, but you should have to set a good example.

You still have many corrupt politicians, including Charles Bissiw, Eugene Arhin, and Kwasi Anin-Yeboah in your administration.

The European Union has found many ways to reduce corruption, including a high level of security, combating crime, and implementing serious criminal laws. That's why corrupt politicians and civil servants go to prison after losing their jobs.

Therefore, until you put any corrupt Ghanaian politician behind bars, stop embarrassing yourself with “fighting against corruption speeches.”