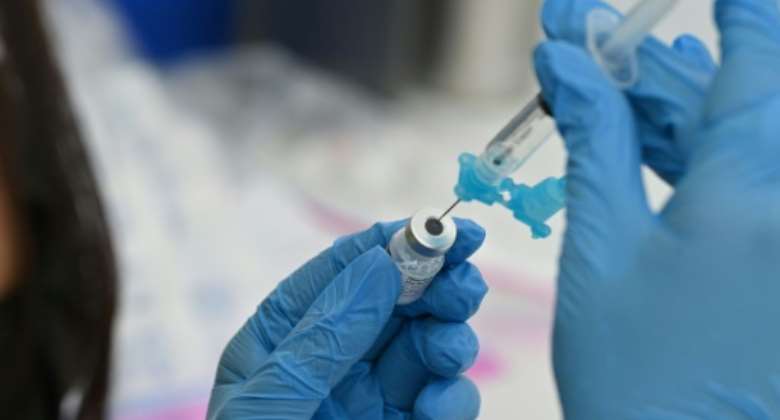 The United States is sending more than a million Pfizer vaccine shots to Ivory Coast. By Robyn Beck (AFP/File)

The United States is sending 1.2 million doses of the Pfizer vaccine to Ivory Coast, which is battling a continent-wide spike in Covid-19 cases, a US official said Wednesday.

"Thanks to the US commitment to playing a leading role in ending the pandemic everywhere, the United States is shipping this week 1,183,000 doses of Pfizer vaccine to Cote d'Ivoire," the White House official told AFP.

Shipment is being managed through Covax, the distributor backed by the World Health Organization and the Gavi vaccine alliance.

Doses "ship today and will arrive in country this weekend," the official told AFP. "We are proud to be able to deliver these safe and effective vaccines to the people of Cote d'Ivoire."

While Ivory Coast has recorded fewer than 400 deaths from the coronavirus, according to the WHO, the west African nation is experiencing a third wave of infections sweeping the entire continent.

Less than two percent of people across Africa are fully vaccinated, with some countries having to destroy unused shots because they lack the health infrastructure to administer them or have met strong vaccine hesitancy.

President Joe Biden has positioned himself as a leader of international efforts to share vaccine supplies from the world's richest countries with the rest of the globe.

The Ivory Coast batch comes from 500 million Pfizer-BioNTech doses that were purchased this summer specifically for distribution to the African Union and 92 selected low-income countries. The United States has also donated $2 billion to Covax.

"We're leading the world in a global vaccine strategy because it's the right thing to do," the White House official said. Biden "understands that putting an end to this pandemic requires eliminating it around the world."

The latest US donation -- with shipments already made to countries as far apart as Vietnam and Honduras -- came as the Biden administration authorized booster shots for all Americans from next month.

US officials believe a further shot may be needed to supplement vaccinations in the face of the virus' powerful Delta variant.

Aid groups have criticized the move, saying booster shots will eat into supplies that could be going to parts of the world where most people have yet to take even a first dose.

"We can do both," she said. "We will continue to be the arsenal for vaccines around the world. We also have enough supply and we have long planned for enough supply should a booster be needed."