The Revision Of Bawumia’s Suffering Rhapsody Against NDC Which Backfired 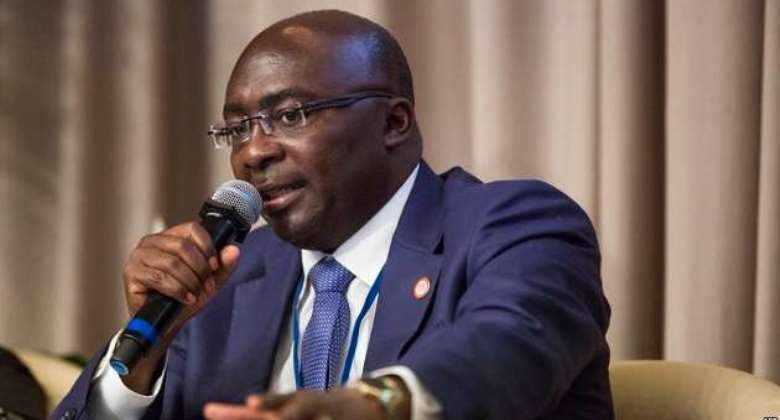 Many people, including politicians, have hidden talents they are yet to discover. I found one recently in the Vice-President, Mahamudu Bawumia. I strongly believe that Bawumia will be a very good rapper if he gives up politics to follow a solo music career.

On the campaign trail in 2016, according to Bawumia, who is yet to be the Vice-President, the former Ghanaian leader, John Mahama, had created an economic crisis everywhere because Mahama is out of touch.

As he unfolds the suffering rhapsody, the rhythm of the music changed and the audience joined him to sing along.

“Fishermen are suffering and industries are suffering. Bawumia went on to mention ‘Kayayee and the disabled as victims to the bad governance of John Mahama, without a slight knowledge that the NPP government will totally disappoint Ghanaians than John Mahama.

The same Bawumia, once said that he has arrested, locked up the dollar, and handed over the key to the IGP, therefore, can no longer chase the Cedi.

One sad thing about Ghanaian politics is political parties never wait for the common people to judge them. They praise themselves, whether they have performed well or poorly.

Despite all this music against the NDC, whoever anticipated that Ghana will be in such a hopeless position?

If you are a Ghanaian and happy about the depressing economy of today's Ghana, then, you are either corrupt or not sincere.

Nana Akufo Addo hasn't only created an economic mess beyond remedy. His lack of efficiency has increased the rate of unemployment in the country, creating an empire of armed robbers and above all, incurred a huge debt on Ghana.

I have said many times, hate, lies, and hypocrisy, don’t build or unite a country, they destroy and divide people. Ghana can be one of the best countries in Africa, politically and economically, if the people come together.

What else does Ghana need to be a great nation? We have gold, diamond, bauxite, cocoa, etc, yet the common people are suffering. Does this make sense?

Bawumia should change the lyrics of his song and say under the NPP government, Ghanaians are suffering and Nana Akufo Addo is out of touch.

Gov’t to set up 5-member committee to lead extensive stakeho...
50 minutes ago