Closure of radio stations: You’ve set precedence, the stick that beat Takyi will beat Baah one day – Mahama to Akufo-Addo 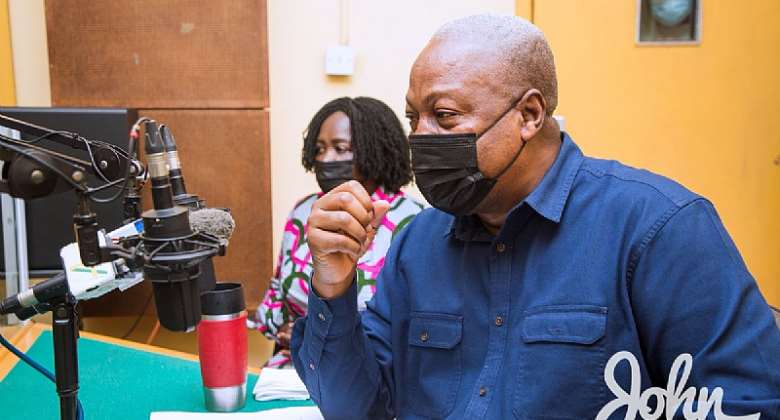 Former President John Dramani Mahama has taken a swipe at President Nana Addo Dankwa Akufo-Addo over the closure of some radio stations in the country.

He said the President has set a bad precedence because some radio stations that delayed in renewing their license had to be closed down.

Mr Mahama said this in the Upper East region on Tuesday, August 17 on his Thank You tour to appreciate the chiefs and people of the region after the 2020 elections.

“The constitution guarantees freedoms, human rights, freedom of association and so many other things, freedom and independence of the media and indeed there is a whole chapter on media freedom.

“Unfortunately, even when you have the best constitution you can have governments that try to bend it to be able to achieve whatever ends they have in terms of limiting our democratic rights. So today government can say that a radio station has delayed in paying its license fee and so we are shutting you down.

“When I talk about it I talk about it because of the precedence it can set .Because the shoe can be on the other foot the next day, they say the stick that is used to beat Takyi, it is the same stick they will use to be Baah. So the stations you don’t like you can close them down today, when another government comes and it decides to do the same thing to the stations they don’t like too, what kind of country will we be building?,” he emphasised.

Gov’t to set up 5-member committee to lead extensive stakeho...
29 minutes ago