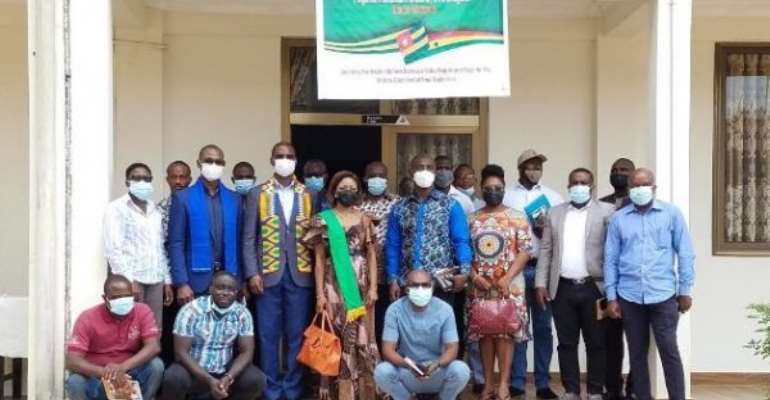 Colonel Awoki Panassa, Togolese Ambassador to Ghana, has called for more economic and industrial relations between Ghana and Togo in the wake of the continental free trade agreement (AfCFTA).

He said with blood ties and common industrial and economic activities, Ghana and Togo should establish partnership zones “so people can have the opportunity for industrial growth.”

The Ambassador was addressing the business community in the Volta Region at a breakfast meeting organized by the Association of Ghana Industries (AGI) in Ho during a two-day visit to deepen economic cooperation between Ghana and Togo.

“All the talks about partnerships must be made a reality, especially in the free zones area. There is a lot of activities going on between the two countries and should become a base to establish a bridge between our economies,” Col. Panassa stated.

He said communications remained key and the call to establish a commence chamber, noting the need to identify industrial strengths and weaknesses.

The Ambassador promised support for more interactive initiatives to help break among others, the long holding language barrier.

“The point is to join forces and work together and fill the gaps in investment and industry,” she said.

Mr Dela Gadzanku, Chairman of Volta, Oti, and Eastern Regional branches of the AGI, which led the tour, said stiffened border crossings between the two nations held back the needed integration.

“It is easier to move things to London than to Togo,” he said and called for deeper collaboration in addressing challenges.

Mr Gadzanku expressed optimism over the upcoming Volta Trade and Investment Fair, which he said businesses in both countries could use to build networks.

Dr Donald Cog Agumenu, an international consultant and a project management expert, said all aspects of the trade chain required capacity building, and proposed the formation of a Ghana-Togo chamber of commerce to develop policies for industrial growth needs.

“There is the need to build capacity to harness available technology across all spectrum of business,” he added.

The Ambassador during the visit toured major industries in the Region and engaged with among others, some elite groups including, the Ghana Journalists Association (GJA).