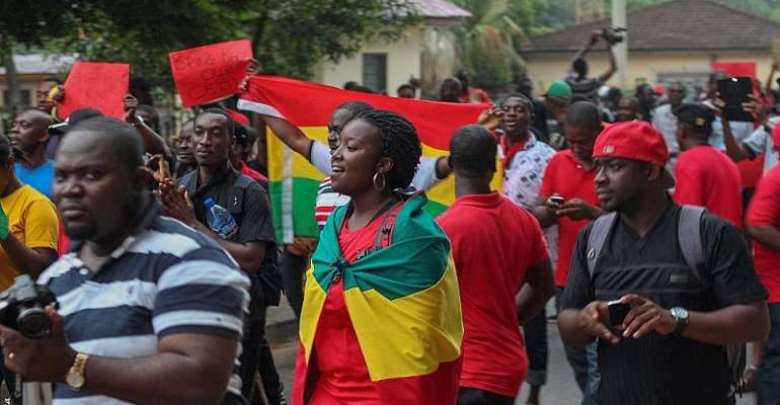 Hundreds of agitated Public Sector Workers are hitting the streets of Accra today, August 18, 2021, to demonstrate to express displeasure to the government.

The aggrieved workers in the Public Sector announced the planned protest last month after stressing that they object the 4% salary increment government has proposed for public sector workers.

The workers are particularly unhappy about their working conditions and general high cost of living.

As a result, they are hitting the streets of the capital in red and black to demand better from the government.

Their leadership wants public sector salaries to be increased by 25% not the proposed 4% salary increment.

Meanwhile, prior to today’s demonstration, the Ghana Police Service warned that it will deal with trouble-makers that make attempts to cause mayhem.

“The Public, however, especially those residing within the communities mentioned above are entreated to cooperate with the police for a successful event.

“Infiltrators who may want to take undue advantage of the demonstration to foment trouble are cautioned to desist from any such attempts since the Police will not hesitate to take the necessary action to stop such acts,” part of a release from the Ghana Police Service dated August 17 said.

Today’s demonstration is starting from the Obra Spot through Kwame Nkrumah Avenue towards Farisco Traffic Light and will end at Independence Square.

Gov’t to set up 5-member committee to lead extensive stakeho...
49 minutes ago