Malawi: People with albinism in urgent need of protection after horrific killing 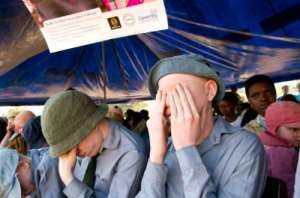 “This brutal murder is the latest reminder that Malawi remains a dangerous place for persons with albinism. The Malawian government must protect this vulnerable group from murder, abduction and persecution, in a context where perpetrators are rarely held to account.

“Malawian authorities must launch an immediate, independent and impartial investigation into the killing of Ian Muhamba, and ensure that those responsible are brought to justice in fair trials. Authorities must also take urgent steps to guarantee the safety and security of persons with albinism in Malawi, including by investigating all past attacks and delivering justice for victims and their families.”

Ian Muhamba disappeared on 23 July during a visit to Blantyre, Malawi’s second largest city, from Mulanje. He was reported missing to Limbe Police Station in Blantyre. On 14 August the community reported a dead person who was buried with missing body parts by the police in Kachere. The body was later exhumed by the police, and positively identified by relatives as that of Ian on 15 August before being reburied on 16 August.

On 12 August, a group of regional albinism associations convened to develop and adopt a resolution calling on leaders of the Southern Africa Development Community to guarantee the safety and security of people with albinism.