For The Sake Of Road Safety 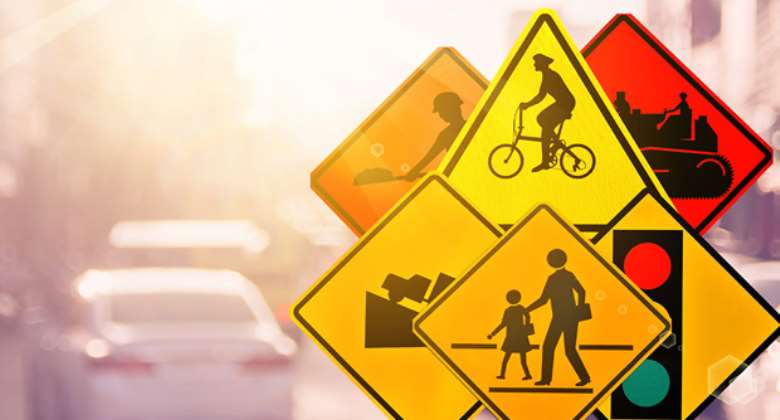 There is no shortage of the dangling of statistics of accidents on our highways in the media.

Even as we discuss the situation it would be appropriate to consider the causes of the situation sufficiently and to take effective measures to reduce the numbers.

Besides human errors being responsible for some of the accidents others are attributable to some deficiencies on the road networks.

Some of these are often taken for granted but their implications on safe motoring cannot be ignored.

We have observed that most of the markings on both intra and inter-city roads and highways no longer bear markings. These have faded with time and as a result of the poor quality of some of the paints used for the markings.

On a three-lane road faded markings can be nightmarish for new motorists who end up dangerously crisscrossing on the road.

We have been told that the Ghana Highway Authority is responsible for the markings on highways with those within the cities falling within the jurisdiction of the Department of Urban Roads.

Each of them including the MMDAs, all have roles to play in obviating accidents on our roads.

We think that next time the contracts for the markings are going to be considered, the quality of the paint to use must be of concern to the authorizing agencies.

It does not make economic sense to buy poor quality paint only for this to deteriorate within a short time and the need to go buy again cropping up.

The public purse can be protected when good quality paint even if more expensive stuff is bought for such assignments. We have observed that there are more permanent markings which have reflective attributes which can replace the paintings. That makes economic sense.

Shouldn't our authorities responsible for such activities think about such more permanent features than poor quality paints which cannot stand the test of time and would soon fade and endanger the lives of motorists and pedestrians?

The Achimota to the threshold of the Pokuase interchange is a typical example of faded road markings.

Some road signs such as the warnings about speed ramps ahead are also in short supply the available ones having been knocked off by reckless motorists or uprooted by daring scrap dealers.

The cost of roads is expensive. It behooves all to therefore contribute in whatever way they can towards the protection of the investment by the state.

The relevant authorities, the Ghana Highway Authority, the Department of Urban Roads and the MMDAs must all be on top of their jobs by inspecting the roads at a certain frequency to determine things which have gone wrong and fixing same.

MMDAs should ensure that mechanics who have turned portions of the roads within their jurisdictions into workshops stop forthwith.

With the vast investments being poured into the asphalting of our roads we cannot afford to have such acts destroy them. Dripping lubricants and sometimes the deliberate spilling of same by mechanics on asphalted roads compromises the quality of the roads.

The authorities have a lot to do in maintaining the safety and quality of our roads and to ensure their longevity.