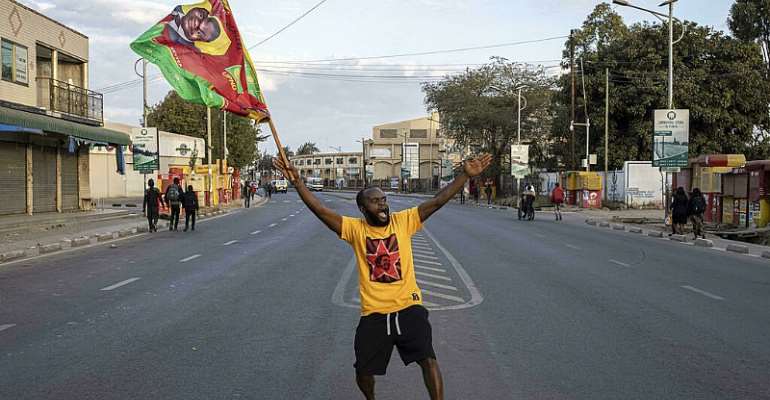 Opposition leader Hakainde Hichilema has been declared winner by a large margin in Zambia's presidential election, according to results that were posted on Monday.

The Zambia Electoral Commission announced that Hichilema received 2.8 million votes, or 58 percent, over incumbent Edgar Lungu's 1.8 million votes, as all but one of the 156 constituencies were counted.

"I therefore declare that the said Hichilema to be president of Zambia," said electoral commission chairman, Esau Chulu, at the results centre in the capital Lusaka.

Huge win for opposition
Hichilema, a businessman politician, has vied for the top office in the country five times. His United Party for National Development (UPND) party supporters celebrated the victory openly after years of “watermelon tactics”—wearing the ruling party green shirt, with their red UPND party support colors underneath.

This is the third time power has changed hands peacefully since Zambia's independence from Britain in 1964.

Hichilema may be at the helm, but his work is cut out for him: Zambia was the first country to default on their sovereign fund loan in November after falling behind in payments. The economic crisis was a big driving force behind voters coming out to vote for Hichilema.

Zambia is the world's second-largest copper producer, and copper prices have risen slightly, which is one of the few positives in Zambia's current economy.

Lungu has not conceded defeat, however, but after early post-vote statements from his Patriotic Front (PF) party that he was cruising for a win, he claimed the vote was not free nor fair.

Fresh out of prison, Zambia opposition leader Hakainde Hichilema has no time to lose

He maintained there were incidents of violence in three provinces, and that PF representatives were kept out of polling stations.

UPND officials said Lungu's statement on the election was from those "trying to throw out the entire election just to cling on to their jobs."

Opposition parties, especially Hichilema's UPND, were often arrested, prevented from campaigning, and were unable to hold rallies under the excuse of Covid-19 restrictions.

UPND officials dismissed Lungu's statement as emanating from people "trying to throw out the entire election just to cling on to their jobs."

Lungu has intimated that he may challenge the result, but the one million vote difference between him and Hichilema will make the dispute difficult to pursue.

Lungu has seven days from Monday to lodge a complaint with the Constitutional Court.

In its statement on the elections, the European Union called the running of the polls “a technically well-managed electoral process marred by unequal campaign conditions, restrictions on freedoms of assembly and movement, and abuse of incumbency.”