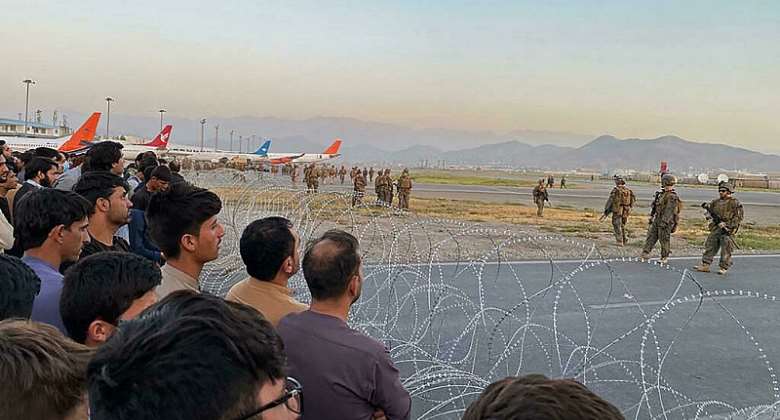 French diplomatic staff and NGO workers were to be evacuated Monday from the Afghan capital Kabul, after Taliban fighters stormed the presidential palace and sealed their victory in a war lasting almost two decades.

"We are doing everything we can to facilitate the arrival in France of those who are willing and able to reach Kabul airport," Defence Minister Florence Parly told FranceInfo, adding that French planes would begin rotations by Monday evening.

Road safety was a concern for thousands of foreign nationals and asylum seekers making their way to the airport, where scenes of chaos unfolded among people desperate to leave.

It's “save whoever you can,” reports RFI correspondent Sonia Ghezali.

US soldiers securing the airport fired into the air to disperse Afghans who had made their way onto the tarmac.

The Taliban now control most of Afghanistan's territory, with President Ashraf Ghani – who has fled the country – acknowledging late Sunday "the Taliban have won”.

The Islamist group has taken control of security throughout Kabul, including the once almost impenetrable Green Zone, Ghezali reports.

In a video posted on social networks, Taliban co-founder Mullah Abdul Ghani Baradar hailed the victory of his fighters.

"Now we must show that we can serve our nation and provide security and comfort in life," he said.