I Disagree With Kufuor 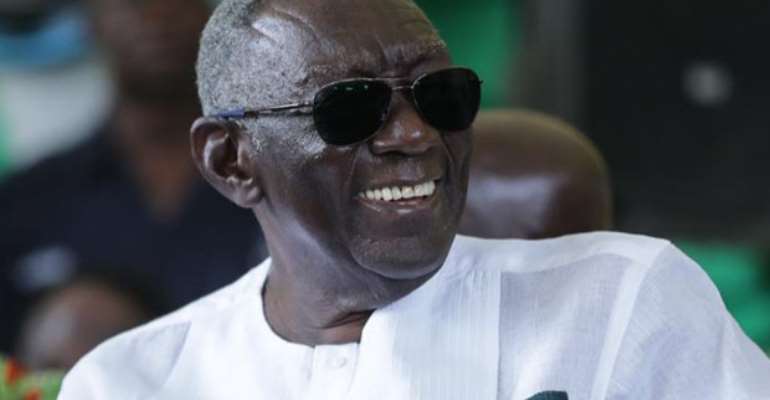 There are three types of persons in this world: THINKERS, DOERS, and a combination of the two.

BY THINKERS and DOERS, I am talking of Categories of leaders, and read every history book, upside down, and you will come to one irresistible conclusion that all the most famous of all world leaders since creation are THINKERS and DOERS, beautifully blended in them.

One simple feature of THINKERS is ability to sustain a long argument and to put thoughts to paper.

I was thrilled when I picked up a copy of “The Statesman” and I saw a feature article written by J.A. Kufuor, former President of Ghana. I was more thrilled when I saw that same article published in the “Daily Guide” and what that means is that the writer wanted to reach as many readers as possible.

JA Kufour is not a dilettante. Apart from being a Barrister at Law he was for eight years the ruler of Ghana, in the high office of President of the Republic.

Most of his speeches were written for him by special speech writers on his staff. But, the article published in the media was definitely his own product. He was contributing to the advancement of knowledge.

In short, JA Kufuor, for history, is a THINKER.

But what did he say that a nonentity is loudly shouting that I disagree with him?

The central theme of his article was on AGRICULTURE. Not politics. Not law. But, AGRICULTURE – food production. The former President tried in so many words to say that improving small scale agricultural production is the open sesame to economic prosperity in Africa.

I am sorry but I cannot agree with the former President. I was born very deep in the bush, in the rural Ghana, and until I came to Achimota School in Accra in 1967 I followed my mother to the farm, every weekend and during school holidays. My mother was a small scale farmer – maize, cocoyam, plantain, cassava, tomatoes – you name it, including weeding cocoa farms.

It was in Achimota School, sixth form, while studying economics for GCE A level that I learnt that “improved agricultural production releases labour for industries and economic development…

In all the developed economies of the world – Europe, America, Japan …the percentage of the workforce involved in agriculture, in food production is less than 3% !!! It is Not small scale farmers who feed USA, Great Britain, France, Japan … no, no, reader.

Huge large scale giant farmers who produce food in tons, not basket loads. I remember so well when I was MP for Berekum, George Bush Jnr was President of USA. He had this policy of telling Governments in Africa to CUT DOWN Government subsides to agricultural producers, WHILE AT THE SAME TIME HE APPROVED 200 MILLION DOLLARS TO SUPPORT AGRIGULTURAL FARMERS IN USA…

One day in Parliament, Yaw Osafo Maafo, Minister of Finance brought a bill to make imported chicken more expensive than locally produced chicken in order to protect local poultry. Local poultry farms produced in small quantities, so naturally their prices were high, but foreign chicken came in droves, cheaper on the market.

The world rose up in arms against Ghana. Led by the USA the developed economies threatened to shut out Ghana from economic areas, and Senior Minister JH Mensah went to New York where World Bank Officials told him that no, no, Ghana, you can't do that. Remove the controls so that we can flood your market.

And so Ghana capitulated. Less than a month, the same Yaw Safo Maafo brought a bill to remove the taxes imposed on imported chicken, and come and see Parliament that day on especially the opposition NDC, led by the minority Leader, Alban Bagbin … “ we told you so!! We told you so!!!

About a year ago I was made Head of Family of my late mother's larger family, and everyday problem, disputes and so on. Last week I presided over a family feud over some cocoa farms, two sisters at each other's throats.

On the quiet I asked a family elder seated by me “how much is a bag of cocoa?”

As a court going lawyer, when I write one routine letter for a client, at 1,000 cedis he will need 2 bags of cocoa to pay me!!!

The solution to African's economic problems is NOT improving small scale farming, BUT how to mechanise agricultural production.

I lived for one and half years in UK, as a soldier under training at Sandhurst, and I saw that throughout UK, their DAILY staple food is POTATOES – reader, DAILY.

Here in Ghana, my motherland, what is the average DIALY staple food? Cocoyam? Yam? Cassava? Plantain? Corn? Rice? Where is the market for the food we produce?

As we drive along the highways, we see the cocoyams, plantains, and so on by the road side, then we stop and get down from our cars, Toyota land cruiser and Nissan Patrols – then we bully seller to accept anything we load them into the car.

The small monies we give to them is what they use to buy fish, meat and salt, to save and pay for water and electricity bills, to pay school fees and buy “broni wawu” cloths…

Sixty years after independence, it is the same old story, small scale farmer, going to farms with cutlasses and baskets – and you tell me we should develop by “strengthening small scale farming.”

Go to every Restaurant in Ghana, every hotel and ask for PLANTAIN food – Yam chips – but they have POTATO chips!!! They have RICE!!! Imported Rice!!!

During Kutu Acheampong's regime, his policy of “Operation Feed Yourself” led to so much production of rice in the north that I was told the rice was enough to feed the whole of Africa for one full year!!

Was that rice produced by small scale farmer? Why was it not sustained? Where was the market for it?

How can we mechanize agricultural production when we use tractors and machinery imported from cold temperate countries?

When I was MP for Berekum, one day on the streets of Jinjini, a farmer elementary school mate of mine, now a teacher, told me a sad story.

“Captain, I wanted to take advantage of the agricultural promotion policies, so I cultivated five acres of cassava – but Captain, the feeder road is so bad, the cost of transportation, market for the produce, storage…I ended up with debts all over…so this year I did not go into agriculture.

I can go on and on, but let me just end here.

When I was MP/Deputy Minister, I went for three days visit to Upper East and Upper West and returned home with a Pick Up full of yams – gifts from the chiefs.

So I told my father in law's daughter, Gloria, that since there is so much yams in the house for only me, her and the two children at home, can she reduce the daily chop money?

“Are we going to eat yams every day, Lawyer OTON BAYERE? (LAWYER WHO SELLS YAMS!!!)