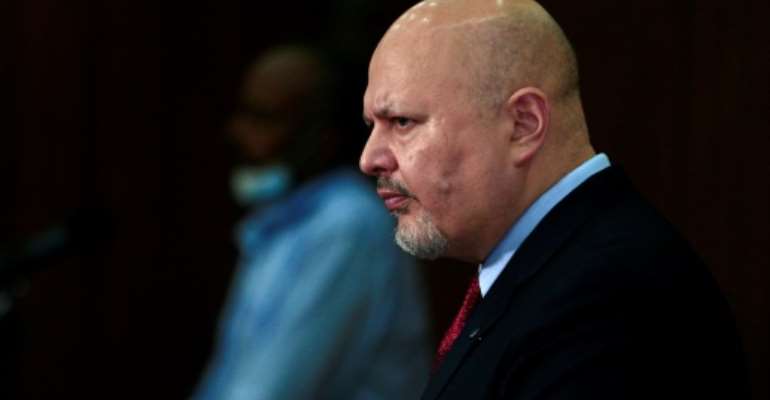 Prosecutor of the International Criminal Court (ICC) Karim Khan speaks in Khartoum on a visit to Sudan on Thursday. By Ebrahim HAMID (AFP)

Sudan and the International Criminal Court signed a cooperation deal Thursday as one step further towards ex-dictator Omar al-Bashir facing trial for genocide in the Darfur conflict.

ICC chief prosecutor Karim Khan, who described the Darfur civil war as a "dark chapter" in Sudan's history, said plans were underway for The Hague-based ICC to open an office in Sudan to collect further evidence to "build a solid case".

On Thursday, Khan told reporters in Khartoum that he was "pleased to report" the transitional government had signed "a new memorandum of understanding with my office, that includes all individuals against whom warrants of arrest have been issued by the ICC".

The ICC issued an arrest warrant for Bashir in 2009 for war crimes and crimes against humanity in Darfur, later adding genocide to the charges.

Earlier this week, Sudan's cabinet agreed to hand over Bashir and other wanted officials, a decision that still needs the approval of the ruling sovereign council, comprised of military and civilian figures.

But on Thursday, Khan said other key steps were needed before any possible extradition for trial.

"Transfer of any suspect is an important step, but should be preceded and accompanied by substantive and ever deepening cooperation," Khan said.

Bashir was convicted in December 2019 for corruption, and has been on trial in Khartoum since July 2020 for the Islamist-backed 1989 coup which brought him to power. He faces a possible death penalty if found guilty.