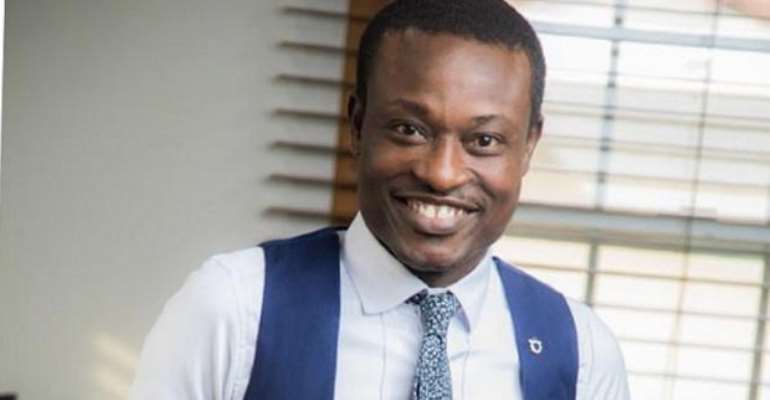 “Be not afraid of-greatness: some are born great, some achieve greatness and some have greatness thrust upon them”. Twelfth Night - William Shakespeare

Dear Readers, we crave your indulgence to use this op-ed to hook you to the triumphal entry of Kissi Agyebeng. Permit us to be personal though. Here we go. Hello Kissi or rather, Honorable Kissi, we trust that you are well and basking in the therapeutic glow of your new enviable position. You may recall our write-up on a similar article in this paper a few weeks ago headed “Special Prosecutor-Kissi Agyebeng Factor”. That was when you were nominated by the Attorney General for the position. Your nomination triggered a bundle of gossips – some wild talk, some gibberish, some thought-provoking. We are delighted about the equanimity with which you received all the quibbles, particularly the one that matched your “youthful” age against the “gargantuan” task that lies ahead of you.

Some of us who know you personally as affable, yet business-like could not understand this hollow argument. We reminded readers that Article 62 of the 1992 Constitution says: “A person shall not be qualified for election as the President of Ghana unless (a) he is a citizen of Ghana by birth (b) he has attained the age of forty years…” So, at 43, you have crossed the “40-years” line. We recalled the ages of General Afrifa (36) and Fl Lt Jerry John Rawlings (33) when they were heads of State of Ghana in 1969 and 1979 respectively. People may say they were military men, but they wielded immense power and ran the affairs of this country. Among other things, we noted that: “France of all countries has Emmanuel Macron, as President. At his inauguration in Elysee Palace, Paris in 2017, he was 39 years old; he is now 43, just the same age as Kissi…” Then, we further reminded readers that you qualify to be a justice of the Supreme Court, because Article 128(4) of the 1992 Constitution provides as follows: “A person shall not be qualified for appointment as a Justice of the Supreme Court unless he is of high moral character and proven integrity and is of not less than fifteen years' standing as a lawyer”. Once again, you have crossed the fifteen-year line, being 18 years-plus in the legal standing.

We do recall the diatribes, harangues and obloquies from the naysayers. Unfortunately, our own friend ABK Martin Amidu who was the first Special Prosecutor, appointed by the President was among the lot. The “gargantuan” man “Citizen-Vigilante” Martin Amidu (a sexagenarian – 68 years of age) had disregarded the repulsive taunt of “old age” heaped upon him: we will let him be, why not? He came to the high office with high hopes and absolute trust-having personally got his party-man. Alfred Woyome prosecuted. Then, he faded into thin air amidst wild allegations, vituperations and vilification against many persons, the President not excluded.

Before the Vetting Committee, you were composed and answered the questions frankly. There was no “er-er-er” because you were resolute and very sincere. We do not want to say you mesmerized the Committee members with your answers, but we can say your performance was to all intents and purposes, excellent – and, no wonder, the Parliament of Ghana gave you unanimous approval.

At your swearing in, the President, Nana Addo noted that you are “eminently qualified” for the post. The President noted further that you have “the capacity, the experience, the requisite values and intellectual strength to succeed in this vital position”. But having so eulogized you, the President throws a teaser: “I urge the new Special Prosecutor to bear in mind at all times that the office carries an extraordinary responsibility to fight corruption independently and impartially”.

It is with this Presidential charge that your success will be measured (we did not add “failure” because we know “failure” is not in your vocabulary).

We are happy you have sworn to wear your own shoes, and nobody else's. Your office is said to serve as a “specialised, independent, preventive, investigative, prosecutorial and asset recovery anti-corruption agency”. You are expected to bring your expertise to bear on the office.

Your office going to be imbued with stories and stories of acts of corruption which largely include: willful exploitation of public office, use of public office for private gain, bribery and extortion. We cannot forget that gifts and other “incentives” received by civil servants with the aim of influencing their assignments are illegal. You may remember a lawyer collecting monies from a client and telling him the monies were for “ways and means”.

You are likely to obtain all the resources you need for your office, you have been assured, but if the said resources do not arrive on time, please, don't whine. Rome was not built in a day.

Ghana is touted as an “island” amidst countries that are seeped in corruption. But we cannot sit swollen-headed. We have to work hard to eliminate corruption and embezzlement. This is the task you are expected to perform. Remember what the President said: “I am not corrupt; I have not been corrupt; I cannot be corrupt”. Be guided.

Ghana may be faring well in the Corruption Perception Index – 43 points in 2020 (compared to 41 in 2019) but we need not drop our guard. Being a Christian you may remember what the good old book tells us in Matthew 10:16: “Behold, I send you forth as sheep in the midst of wolves: be ye, therefore, wise as serpents, and harmless as doves”. And you know your charge: “Be impartial”. Your sword should be: multi-edged”. What is sauce for the goose must be sauce for the gander. You know whom you can count on, in times of uncontrolled need. Our regards to the “Apuskeleke” man, not forgetting “the poodle,” We remain, Yours sincerely, “Keukeu Saek” (Cocoa Sack).