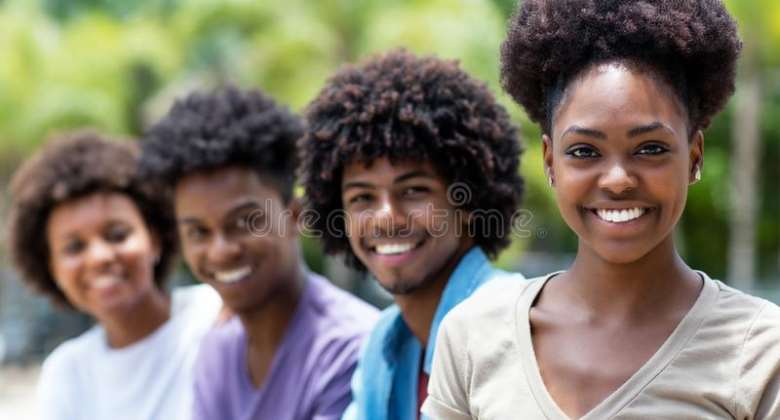 [Continuation from last week]
Changing Poseidon
The boost in the mandates of tertiary institutions is not a luxury to be postponed by a nation to when said nation becomes developed, it is necessary towards securing development. It is not so dispensable to be swept under the carpet without consequence. The bottom-line then is: Ghana must find ways of coming up with the money. The Ghanaian must be educated about this developmental imperative so as to insist upon it.

The richest of the world’s economies, sometime in their development journeys, quickly realised the harm it caused dumping the duty of creating research universities on their governments alone. These governments, knowing the benefits of giving their institutions of higher learning higher purposes laid (and are still laying) the foundation for series of public/private partnerships, university/industry collaboration, all the while keeping state funds coming, towards the realisation of their aspirations of a university-led development agenda.

University/Industry Collaborations
It is a match made in heaven—for brains to meet means. As universities strive for the perfection and proliferation of knowledge, industry does same for skill; a collaboration in effort then spews in both institutions, a culture of entrepreneurships and innovation, knowledge and technology transfer, increased profitability, and relevance. For the nation, these in turn spur economic growth. Universities are able to effectively pair their basic and applied research with industry’s demand and knack for practicality to spur innovations that have real and immediate relevance. However, for such partnerships to effectively happen and be sustainable, the government must take the first step towards its realisation.

Universities against COVID-19
UK
Today, as the world contends with its most far-reaching coronavirus, and its umpteenth zoonotic disease, the world sees ones again, glaringly, the vast potentials of universities. The UK government, through its agency the UK Research and Innovation (UKRI), in an initiative it has aptly described as a rapid research response to COVID-19, signed off £24.6 million right at the onset of the pandemic to researchers to undertake researches in various thematic fields towards this fight against the pandemic. What is particularly remarkable about this investment is the massive amount that went to various universities’ researchers. Oxford University, University of Oxford, University College of London, University of Edinburg, Imperial College London, etc. were among the large number of universities trusted with the task of leading the coronavirus research. So, in UK, as many of us sat in hopes for a cure for the disease, a vast number of university researchers were ardently conducting researches in vaccine development, clinical trials, therapy development, antibody testing, et al.

USA
American universities had, since the outbreak, their numerous universities conducting research across various lines. These universities either undertook these research independently; collaborated with the government, private institutions, other universities, or public and private labs across the globe. Various universities worked tirelessly on vaccine and antiviral drug development. University of Pittsburg, for instance, collaborated with scientists in Italy and France to develop a vaccine. Harvard University, on one hand, worked on a specialised vaccine development research—one targeted at treating the virus in the older generation as they are the most susceptible to the disease. In the University of Nebraska Medical Centre and University of California, testing for antiviral drugs were in full effect.

In the University of Chicago, Northwestern University, and University of California, researchers led the quest that helped find similarities between the SARS and COVID-19 viruses. This knowledge was crucial to the vaccine development process as knowledge on the former was much easily repurposed or tweaked for the latter.

Universities like Harvard, MIT, and University of Chicago also churned out protective equipment for health officials and individuals—PPEs such as gloves, masks, gowns, face shields etc. They developed and distributed testing materials and equipment—e.g., specimen collection kits, as done by the University of Arizona. Universities also lent their state-of-the-art infrastructure towards this fight—their modern laboratories served as research hubs; their dormitories, as interim hospitals, etc.

The writer cannot possibly do the developed world justice—listing the contributions of their research universities in the fight against COVID-19—in just this one article, for such an article would prove too long.

AAU v. AAU
At the very onset of the pandemic, as one navigates the website of the Association of African Universities (AAU)—an institution headquartered in Ghana, and one that truly gives hope to this movement for a university-led development—one could find, in the scant list provided for the high-end research conducted by African universities just one actual high-end research: the genomic sequencing done by African Centre for Excellence for Genomics of Infectious Diseases (ACEGID), Redeemer’s University, Nigeria—the first African country to do so. We can add Ghana’s Noguchi Medical Research Institute genomic sequencing to the list too. Genomic sequencing: a baby step in the vast requirements that needed fulfilment to further our understanding of the virus. African researchers have the potential to do much more. They are in dire need of our confidence—of funding.

And if one ventured into the Association of American Universities (AAU)’s website, one found it futile the attempt to read all the number of researches listed as being conducted by universities in the country—for it was an enormous list. And America, not being one for meekness, had plastered on the site, these words: “America’s leading research universities are at the forefront of the battle against COVID-19…” They were quick to add, “…This kind of research is made possible by a robust government-university partnership.” And even now, under the tab ‘Confronting COVID-19’, the website still makes note of these words.

Put your money where your brain is
Here in Ghana, our universities (with their professors, graduates, and graduands), ambitious institutions such as Association of African Universities (AAU), equally capable, equally willing, are forced into mediocrity (or, quite frankly, something below that) when it comes to the advancement of science. For our governments fail to see themselves as indispensable factors in securing this highly consequential link—between universities, advancement of science, and development, across all sectors.

The writer is first to admit that the nation’s preventive fight against the virus needs lauding, but we do not need to be facing death, impending death, or possible annihilation to realise the dire need for scientific research and the investment therein.

The people are willing and waiting…on the Government

The people are willing, some have laid the grounds; the people are waiting on the government—at this point, this really is the bottom-line. Some stakeholders in this field—knowing how vital it is to equip universities to serve as research hubs of the nation—have developed potentially propitious projects aimed at helping this dream become a reality. One finds themselves very humbled by the yearning in our nation’s universities to rise to this purpose. Universities in the country have proved themselves very willing and open to recommendations, projects that will take them a step closer to this higher purpose. But this one problem remains: for such an expansive national initiative to be successful, governmental involvement is indispensable.

All that is to be hoped for when this initiative is carried out without the government is, at best, very small scale researches—one that will be but a pin in the haystack of relevant global research. For Ghana to effectively rise, in this highly globalised age, to the position of prominence in global research—one that will spur national benefits such as; the increase in entrepreneurships, decrease in unemployment, increased standard of living, and an overall economic and socio-economic development—the government must respond to the call on it by universities and the private sector. Africa contributes an embarrassing less than 1% to global research. Do you know how much Ghana contributes to this? (I am sorry, my phrasing was misleading. I do not know what the answer is—I am asking. But one can easily decipher that the number is so low it is pretty much non-existing)

The writer has a circle of enthusiasts, and share with them this inside joke: it is by far harder to get our governments (past and present) excited about a great, patriotic initiative, than it is to effectively run an illegal scheme in the country. Each has on their own, comprehensive and full-proof projects intended to help spur this higher-purposed university agenda. We meet and scratch our beards (females playing with their non-existing beards) as we inquire of one another, our individual progresses with the leviathan—the government. The answer is always same, “Err…”