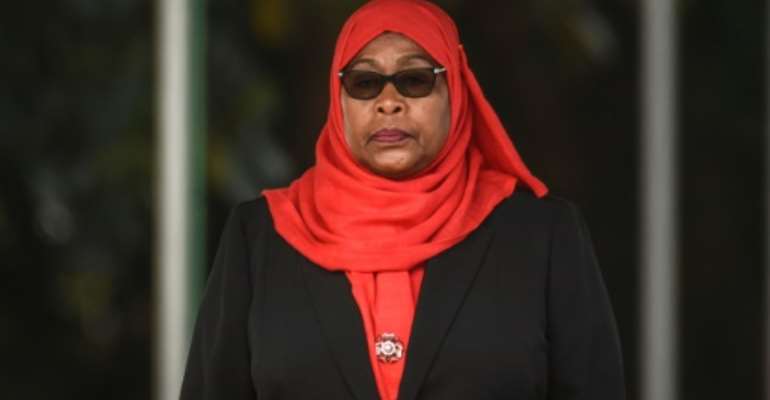 Uhuru had published a front-page story claiming Hassan was not considering running for the presidency in 2025. By - (AFP)

Tanzania on Wednesday suspended the newspaper owned by the ruling party for two weeks after it published a "false" story about President Samia Suluhu Hassan.

It was the first time the authorities had slapped such a ban on Uhuru, the paper of Hassan's Chama Cha Mapinduzi (CCM) party, and the first such action against any media outlet since she took office in March.

Uhuru had published a front-page story claiming Hassan -- who became president after the sudden death of her predecessor John Magufuli -- was not considering running for the presidency in 2025.

"(Hassan) has made no declaration about not running for the presidency in 2025," government spokesman Gerson Msigwa said in a statement, adding that the paper had made "legal and professional mistakes".

"The Information Services Office believes that this punishment will provide an opportunity for the newspaper to review and improve its professional and ethical conducts, in accordance with the laws and regulations," Msigwa said.

"I also remind all media houses to comply with the existing laws and regulations and observe ethics."

During Magufuli's rule, the increasingly authoritarian leader had cracked down on the media, activists and free speech.

In the weeks after her swearing-in, Hassan had reached out to the political opposition, vowing to defend democracy and basic freedoms, and reopening banned media outlets.

But fears about the future of democracy in the East African country under her leadership were ignited after the arrest last month of the head of the main opposition Chadema party, Freeman Mbowe, and subsequent charges of terrorism against him.