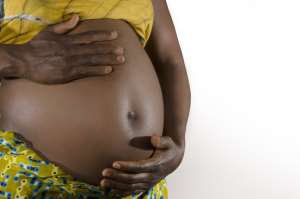 CATS could be cute companions when kept as pets or delicious delicacies, if preferred as protein. There are those who see them as bad omen and others who are allergic to their fur.

Love or loathe them, be a keeper or a killer, there is one fact that you should be concerned about. The four-legged mammals could cause health conditions including miscarriages.

The fur, faeces and meat of the domestic animal, according to health experts, could be a carrier of the gondii parasite, a parasite known to transmit the toxoplasmosis disease.

Miimi Owusu-Ansah had been married for almost a year and was living with her in-laws who loved to keep pets. The family had two dogs and ten cats as pets. She was barely four months pregnant with her first child when she miscarried. She attributed it to stress because she felt she had burdened herself with so much during the period. Doctors attributed the miscarriage to a weakened cervix and aided in her recovery.

No tests were conducted in the first trimester, Mimi said, except for the scan that was taken to ensure the foetus was doing well.

Her first time hearing about toxoplasmosis was during the interview. She expressed worry about the seemingly lack of knowledge and the neglect of the topic by health professionals.

Modestha (not real name) says her mother was a lover of cat meat and enjoyed it on so many occasions until one day when she had a dream that a cat was gazing at her. She was then 9months pregnant and lost the baby right after birth.

At the time, she was keeping a cat and was so fond of it. For her, it is the superstition that cats, especially the black ones, could be evil that scared her after that traumatic experience, making her resolve not to have anything to do with cats ever again.

Toxoplasmosis is an infection that results from a common parasite known as the gondii parasite found in cat faeces and their contaminated meat. It can cause serious complications for pregnant women and people with weakened immune systems.

The meat of a cat, if not properly cooked, could cause infection. Interestingly, the cat poop has been named as one of the major sources of transmitting the disease to humans. The microscopic nature of the faeces of cats when dry becomes a major channel of transmission.

Organ transplant and blood infusion are also several ways in which the disease is transmitted from one person to another. According to a 2010 research published on researchGate, Toxoplasma oocysts could be found in soil or water contaminated with cat faeces making the consumption of raw vegetables and water from unsafe drinking sources risky.

A Fertility Specialist, John Amoah, said toxoplasma is one of the commonest causes of miscarriage in the first trimester as the parasite is able to move through the placenta. He said one is hardly tested for the disease unless there is a long history of miscarriages.

“It is the consistency that triggers the alarm bell”, he added.

According to Mr Amoah, pregnant women are usually susceptible to diseases due to the physiological changes that occur in their body during the period while the presence of the gondii parasite in the body of an infected person only increases the morbidity and motility of the neonate.

The fertility specialist cited blurred vision and eye malformation of neonates resulting from toxoplasma. This is closely related to the researchGate research which states that the mother to child transmission of the disease increases progressively with the gestational age.

It has been detected that mothers who are infected with the gondii parasite end up becoming anaemic and malaised. Diarrhoea, cramps and headaches are some of the symptoms of toxoplasma especially when it is poorly treated or left untreated.

Others may have to suffer more dire consequences such as the eye malformation, hydrocephalus or blurred vision of their neonates. Most congenital cases are presumed to be as a result of the toxoplasma infection of infected mothers transmitted to their babies during birth.

Immuno-compromised persons such as persons living with HIV/AIDS are at a higher risk of becoming re-infected even after being treated since the parasite continues to live in the muscles and the brain.

When it eventually gets to the brain, according to Mr. Amoah, it can make a person become mentally unstable.

What makes the disease dangerous is the low or no education and its neglect in antenatal testing and the lack of knowledge among health practitioners on the subject.

Serological tests in children in Ghana have shown an average prevalence of 58 per cent detection of T. gondii DNA in placental tissues indicating a risk of congenital transmissions in Ghana. Surveys in women of child-bearing age indicate a prevalence of 61.1 per cent.

Mr. Amoah advised cat meat is well washed and well-cooked before eaten to prevent one from getting infected.

He urged the government to inculcate this in policy making by ensuring that all expectant mothers are tested for toxoplasma during antenatal in the first trimester in order to prevent the increasing cases of congenital neonatal conditions. He noted, “it has become a public health concern and should be factored in routine tests”.

He also advised cat owners to ensure cats do not stray and feed on strange feed.

According to veterinary doctor and the Director of the Western region veterinary services, Dr. Simon Gbene, toxoplasma could infect all warm blooded animals but the cat is the final host.

He explained that the cat is usually infected through the mice that becomes fearless after being infected and presents itself as a living sacrifice to the cat as dinner due to the presence of the parasite lodging in its body which makes it impossible to hide from danger.

All living things want to survive, he said but toxoplasma makes the mice attracted to cats, which is their prey and they end up becoming vulnerable and consumed by these cats.

Asked whether cats are usually brought for veterinary services, he lamented the disaffection and uncaring attitude shown towards cats by their owners despite their roles which makes it difficult for them to be noticed when sick.

He was however honest about the absence of the toxoplasma tests conducted on cats due to its neglect.

Cat owners in Ghana hardly pay attention to their cats, the reason they are mostly seen loitering around in the homes of others or looking for mice to feed on. “Cats rarely have symptoms so one will not know if a cat has toxoplasma unless a test has been conducted.”

The American online portal, New Scientist, says domestic cats seem to hunt less when their diets are richer in animal sourced protein. In the US alone, it was estimated that domestic cats kill at least 6.3billion small mammals each year even though no such research has been done in Ghana to produce such data.

But Dr. Gbene said toxoplasmosis is one of the neglected tropical diseases due to its inability to cause the direct death of a person but the impact cannot be underestimated.