Those doubting the existence of Jesus Christ 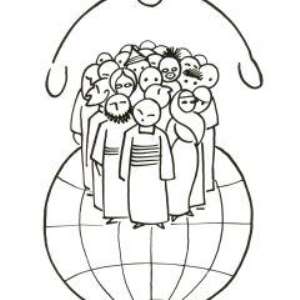 Jesus was born during the Roman Empire under Emperor Herod the Great. Note, King Herod did not come from Rome, or he wasn’t a Roman he was an Arab from the Middle East. King Herod’s father, Antipater came from Idumea (also called Edom), a region by the southern coast of the Dead Sea. His mother, Cypros, was from Nabataea, a wealthy kingdom in Jordan that included the city of Petra close to Israel. Then why Herod became the King of Judea and why did the Romans supported him?

This was the reason; when King Antiochus III became the ruler of the world (that was Before Christ), he captured Egypt, Asia, Syria alongside Israel and Europe (the father of Edomites). He was so powerful that, when the Rabbis wanted to write the New Testament, he instructed them to write it in Greek language. Remember Jesus Christ was not born at the time. Indeed, the Rabbis wrote the New Testament in Greek instead of the Hebrew language like the Torah. Some information from the Torah was included that made the prophecy of Jesus Christ perfect. There was no manipulation about the story of Jesus.

When the Roman Empire overthrown the Greek Empire under Alexander de Great, they brainwashed the Arab nations and some of the Jews (Bethlehem to Judea) against the Prophecy of Jesus Christ (for instance, like how akuffo addo brainwashed some Northerners and Ewes against Prez Mahama). After the Romans changed the months of the year, time, and days of the week, they made Herod the King of Judea just to tarnish the image of Jesus Christ. That was why King Herod wanted to kill baby Jesus when he was born.

They did not succeed so what next? After the death of Jesus, Christianity started spreading and it reached the Romans courtesy by Apostle Paul. The Romans rejected Paul’s writings till the reign of Emperor Constantine. Constantine was the one who accepted Jesus Christ and built the first biggest Catholic church. Note, Constantine was not fully converted into Christianity. He was still worshiping the pagan's gods until the first council of Nacaea in AD 325.

This meeting was chaired by Constantine and the Romans Bishops (an African bishop from Algeria attended this meeting). This was when they manipulated the Bible, especially the story of Jesus Christ. The bishops knew that generations to come, people like Avraham Bin Moshe will challenge the existence of Jesus Christ. The Romans made Jesus white but he’s Black. Jesus is real and He is still Alive. But some of his stories are untrue.

Credit: I don’t own any illustrations used in this article