And There Was No Scandal 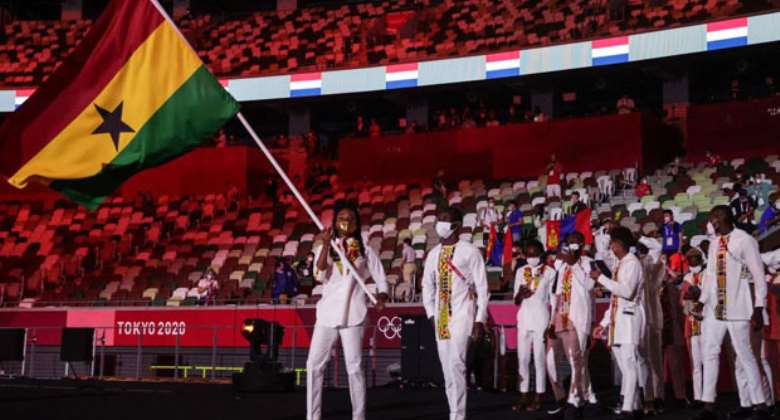 Ghana is not used to scandal-free international sporting tournaments. Little wonder the hearts of many were in their mouths as our participation in the just ended Olympics in Tokyo played out.

Skeptics wondered whether a fresh scandal stretching from visa racketeering to inflation of associated costs was not going to dwarf our participation in the world's most prestigious sporting fiesta.

Thankfully there appears to be none from what we have witnessed so far. On the track and field, not forgetting boxing we made promising showings, ending a 29-year medal drought with a bronze, courtesy Samuel Takyi in the Featherweight category.

Bad news makes better headlines and with no scandal recorded, these have been low-key.

For those who dreaded a repeat of the previous scandals they heaved sighs of relief when the tourney, from planning to execution, suffered no scandal.

We hear the Chief Director of the Youth and Sports Ministry working hand in hand with the Minister and the committee set up for the purpose had the scandals, which infected previous outings, in their minds as they plotted the routes as it were.

With the curtains now drawn over the most prestigious international sporting tourney we can assess the performance of not only the arenas but the administrators as well.

The management of our chapter of the Olympics has enhanced our integrity for which those behind it all deserve plaudits. Had their integrity been punctured we would have heard about their monikers and the individual roles they played to bring us to that depth of humiliation.

The lesson herein is that with the right mindset and the right personalities we can avoid the past experiences which did not enhance our image in anyway.

We can recall a Minister from a previous regime shedding tears as he was grilled by a Commission (Dzamefe) set up to probe his scandal-soaked Brazil 2014 World Cup tournament.

The $25 for a coconut scandal and charged to the state as well as the infamous co-efficient formula rightly made good headlines. The 2017 Australia Commonwealth Games scandal was not repeated in the just ended Olympics.

We recall the 'deaf and dumb' Ghanaian footballers who turned out to be what they were not presented to be.

We can also recall without the statistics the number of Ghanaians who jumped ship upon landing on the soils of countries hosting international tourneys in which we were participants.

For a tournament which is bereft of scandal we cannot ignore fathoming what spared the assignment the blemishes which previous ones endured.

Those charged with the responsibility were consumed by the national interest. They would not have demanded of the Japanese Embassy to refer all visa applications pertaining to the Olympics to them for authentication if they were not guided by previous scandals.

Costs were managed to avoid over-invoicing and related financial breaches.

The template which earned us the record we are gleefully dangling should be preserved for future use. We may not have a bagful of medals from the Games we have an outstanding image to show the world. Bravo to the committee which worked to bring us this far. Let us maintain the shining template for future use.