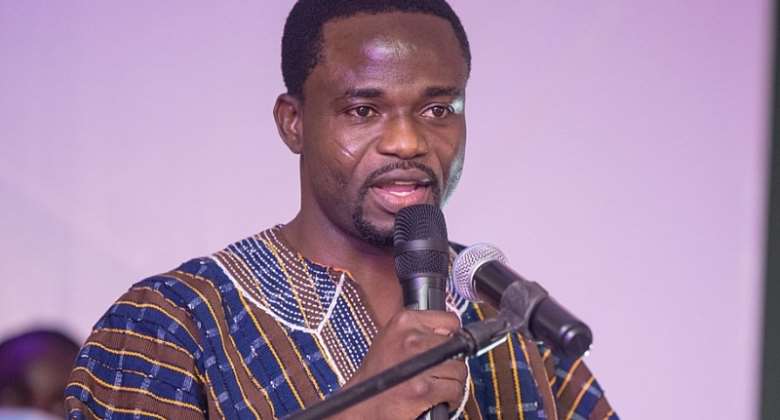 Stop comparing yourself with Norwegian journalists. What you do is pick and choose, a game of always assuming the position of a victor. We have heads to think too. You are comparing yourself with Norwegian journalists who have been exposing business man Sheik Al Maktoum for reasons of wanting to court public sympathy or what? Your robbing the assemblies’ documentary was skewed in favour of your well-rehearsed agenda of running the Jospong business down which is an established fact. The GYEEDA expose was dealt with and people prosecuted isn’t it? your pain is that Jospong did not collapse. It did not go down with rLG as you wished and worked for so your pay masters (owners of foreign companies) interested in doing business with the Government of Ghana can continue to make billions while the people of Ghana languish in abject poverty.

If there was the fear of God in you, you will not mention rLG or any of the Agams Group’s subsidiaries in the name of reference because through this your wicked agenda many young men and women from across Ghana have walked the street without jobs today. Some have given up to life yet these were the people making a great living until you sat down and orchestrated the collapse of their company. Thank God Jospong has a thicker skin- the more you go after him, the more he grows bigger in business. God will provide for Roland Agambire your own brother that you held his leg for his enemies to pull down. Today, you are roaming in town writing shamelessly that you and Agambire are fine. Why won’t you fine? He is not vindictive as you are otherwise you won’t even imagine it. I am sure Jospong too has a soft spot for you else he will make the court another school for you to attend for always making fallacious and defamatory allegations against him and his companies. May God have mercy upon you.

You asked readers in your recent write up that is circulating on social media in the selected words “Do you know how they do it? They reported shady business dealings involving the Sheikh in their own country, and since then they've made it a point to police and scrutinize every single contract that the Sheikh is involved in, even outside their country”. Apparently you sought to imply that you are doing same in Ghana, but how can somebody who poses as the bastion of knowledge make such comparisons? Your’s is that you are pursuing a long time agenda of hatred against Ghanaian business people including Agambire and Jospong because more often than not you strive to find faults with Jospong’s businesses having drawn the Agams Group and when you fail, you go back to history to bring allegations masturbated by you which even the Attorney General and the Courts have said there is no prima facie case established against the company (Zoomlion) to make your case against it. When you went to town writing and ranting from radio station to TV station for the courts to nail Jospong during the time you aided the Auditor General to disallow and surcharge Zoomlion of over 184 million cedis for fumigation contracts you called shady, what did the High and Supreme Court say? The High Court said it could not find any fraud or corrupt tendencies by the company in the contract(s). The Supreme Court led by Justice Dotse said Article 187 (7) (b) (iii) of the 1992 Constitution could not apply to Zoomlion therefore the Auditor General Could not surcharge and disallow the said amount on the company. Yet you go about slandering and defaming the company for no apparent reason which points to your sheer hatred against the man and his businesses.

You went around the country trying painstakingly to find faults about the company during the time of fumigation and disinfection under Covid-19 and failed only to come back and start an agenda of chlorine not being effective as though you are now an expert in science. The butterfly thinks himself a bird-lol.

You have often held private companies responsible for accountability but fear to touch government functionaries (such as ministers and appointees) who rather are supposed to account to the people. My point is if you were that watchful, how did the Sheik succeed in securing such fraudulent Ameri and this Sputnik V contracts here in Ghana? Were you sleeping? Stop raising yourself high to the Norwegian journalists level for you are a failure. You have never even crossed to Togo to expose anything except the deceptive lie against former President John Mahama on a certain ford scandal. If you call yourself an Ace Investigative Journalist and it has to take Norwegian journalist to come to your own home and expose corrupt deals so you can go touting their records, then you must bow down your head in shame for failing us Ghanaians.

You should be telling us how you and Asiamah helped the Norwegian journalists to expose the Sputnik V rot. They should be helping you in this expose and not the other way round because it’s your country that is sinking and not theirs.

If I were you, I would have rejected the Otumfuor Millennium Excellence Award since it also recognized the enormous contribution of Zoomlion to the waste management and sanitation sector. Yes, I would because you do not see anything good about that company so how can they now be recognized by the same institution that has also recognized your efforts. Doesn’t wisdom tell you that birds of the same feature are said to flock in concert? As for your bitterness against Jospong, even a little child of ten years old in Ghana knows about it my brother so don’t try to put dust into our eyes. You are simply bitter and you hate that conglomerate to ashes and I supposed your hatred is to the man and not even the businesses. How can you hate your fellow human this much?

Manasseh, I now make reference here to a recent comment by Paul Adom Otchere, one guy I know you hate so much though not you alone but he made a comment to the effect that you have run out of ideas and skills in the investigation space so you are now doing reactionary journalism and I don’t agree with him in a small way and my reasons are the following.

For well over a year or more now your kind of journalism has been reduced to the social media kind of writing commentaries about people’s daily lives for your recruited social media gangsters to be commenting on, what else do you do at the Fourth Estate? An editor who doesn’t contribute to content is that one too and editor? Sooner than later, you will become a town-crier, please save some dignity for Ghanaian journalists and allow God to use you.

Proactive journalism is sitting down and thinking about how you can make Ghana a better place and not this social media gossips. If you a trained journalist reduce yourself to social media commentary, what do you expect the Kwame APlus and Lydia Forsons and their kind to do. Love all and hate none for Dr. Joseph Siaw Agyepong too has blood running through his veins and he is a blessing to many Ghanaians and across the globe.

You have not established any deal that seems a shady deal against Zoomlion in times past so which deals are you calling shady that causes the financial loss to the state? The ones you tried hard in the recent past are those the court exonerated Zoomlion from so what exactly are you talking about when you say those shady contracts continue to cause financial loss to the state? You see, a young man whose hatred for someone’s progress with such impunity can no longer be tolerated. Trying to tell people you don’t hate Jospong in the media is like adding petroleum products to an already flaming fire. Okay if you say it is not hatred, give us the word to describe your kind of attitude towards the businessman including your insults and disrespect.

When you saw the local government’s waste bins at the assemblies and lied that it was Zoomlion that dumped them there for money and later realised you lied did you ever come out to apologize? Sit there and say you do not hate Jospong as for some of us, it is the witchcraft in you that is pursuing you not just the hatred for someone.

It is good to keep in check private (both national and international) companies and government functionaries so that they do not dissipate the little resources in our coffers but as we do so, we should bear in mind that what we are doing is right. If you think because Zoomlion was involved in the GYEEDA scandal, an action government officials orchestrated, it can never be good to Ghanaians then you are mistaking a point. If Zoomlion had died with rLG today, Ghana cannot boast of the Accra and Kumasi Recycling and Compost Plants, the 17 IRECOPs of which some are completed and some nearing completion will not exist. If it had died with rLG Ghana will not have Accra Sewerage Systems Ltd and the Kumasi Sewerage Systems Ltd nor the ones being constructed in Takoradi and Tamale. I am sure if rLG had stayed it would have augmented Zoomlion’s efforts to do more things for Ghanaians than its death. Bury your head in shame and pray for forgiveness for managing to put many youths out of their jobs by aiding in the collapse of rLG. When you left Joy FM without a job I am sure you felt it terribly? That is how some of the rLG employees are suffering today and their cries and woes are upon your head. Enjoy the read and let God use you for the benefit of Ghanaians instead of the sheer hatred, hypocrisy and witchcraft that is manipulating you in your selective journalism business.

If you are not selective and pessimistic as I am alleging, let us read your versions about Pastor Mensah Otabil’s involvement in the Capital Bank collapse and Kwasi Twum the owner of Multimedia’s cocaine business empire. Hon. Kennedy Ohene Agyepong has alleged that he (Kwesi Twum) used cocaine money to build the business empire that you worked for, for years. Don’t tell us you didn’t know because it will dent your investigated authority. Oya carry pen and paper we are waiting to reading from you Manasseh Azure Awuni.