Why Are Christians Suffering 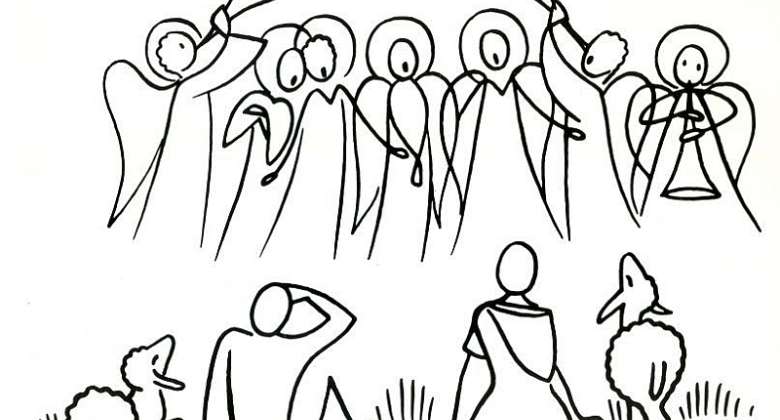 God is good. We have much for which to be thankful. But why does a good God allow suffering to exist? Why do the righteous suffer or why do bad things happen to good people? There’s nothing wrong or sinful about asking this question. The Bible actually makes it quite clear that faith in Jesus Christ does not guarantee a good life, but a perfect eternity. There is also a little three letter word in the Bible to describe why people suffer or why bad things happen to good people: Sin. It is also important to note that God does not punish people. He doesn’t do evil to anyone; He doesn’t hurt people. God is pure love and never wishes harm to anyone. The idea that it is God’s will that bad things happen to people is not only misguided, but potentially

devastating. How can people love God who wishes them ill or has hurt them? Think about the following examples from the Bible:

Was God pleased to see Joseph unjustly imprisoned? Certainly not. Was God able to redeem that suffering? Absolutely. Joseph likely suffered greatly during his time in prison, but God comforted him and redeemed Joseph’s suffering. God used his life as a means by which to preserve His people.

What about the disciples? These are the men who spent the most time with Jesus while He was on Earth. Yet almost all of them died a martyr’s death. God was likely pained by their passing, to be sure. However, He was also able to redeem their deaths, just as He did with the persecution of the early-Christian church. Nothing spreads the Gospel message quite like persecution.

When bad things happen, God feels our pain, is very present with us, and works to bring out the best in a bad situation. What we must remember is that God takes the long view. His goal is not to give us temporary and perhaps superficial and fleeting comfort in this world, but rather look to our eternal welfare. God is the creator of the universe, who is forgiving and so loving that he sent his only Son to die on the cross to pay for our sins. "The LORD is righteous in all His Ways And kind in all His deeds.” (Psalm 145:17) This statement perfectly describes God's immaculate nature. God is one though he exists as three Persons: The Father, Son (Jesus) and the Holy Spirit. God is a protector that gives us guidance with his incredible wisdom and is all knowing. God's will provide us with purpose and meaning in our lives. " I can do all this through him who gives me strength." (Philippians 4:13). Human nature is what defines us as humans. The fact that we can think, feel and most importantly reason are the ways we are separated from the animals and other creations. Created in the image of God, human natures have attributes that reflect God. As the Bible states " God saw all that he had made, and it was very good." (Genesis 1:31). Knowing that God makes no mistakes allows us to know that humanity was created to be perfect. The goodness created by God was damaged when Adam and Eve did not follow God's commands and put themselves at the center of their own lives instead of God. The betrayal of Adam and Eve is known as the fall of man this changed our relationship with God and causing us to be sinful by nature. Another purpose is to worship and praise God. The fall of humanity is the cause of all human problems because it introduced death, pain and suffering into the universe.

Jesus is the Son of God who became a human being. He experienced pain, suffering and

finally, death as humanity does. In Colossians 2:9 it states “For in Christ all the fullness of the

Deity lives in bodily form,” Jesus is God in human form which means the eternal, divine and

pure. Jesus was a great teacher and mentor to His disciple than and humanity now. Jesus led by example by showing his disciples how to stay connected with God as well as live in the image of Him. He taught " Do to others as you would have them do to you." (Luke 6:31) as well forgiveness but most importantly he taught them that only way to God was through faith in Him, not by being a good person as stated in John 14:16 “I am the way, the truth, and the life. No one comes to the Father except through me.” (John 14:16) Jesus' identity and work are significant to the Christian worldview because salvation is only through having faith in Jesus. His death would not be compelling enough to pay for our sins if he was not God. As the Bible states in John 2:2 “He is the atoning sacrifice for our sins, and not only for ours but also for the sins of the whole world." Jesus is also important because he gives Christians hope that if they accept and follow Jesus, there will be hope after death.

The solution to human problems is through unconditional love and forgiveness. God gives us real grace and forgives our sins of the past, present and future because of how much He loves us. God gives give us purpose in our lives because he has a plan for us all. All we must do is know Him, and He will work in our lives. Believing in the Christian faith gives us comfort, instruction, and more importantly hope.