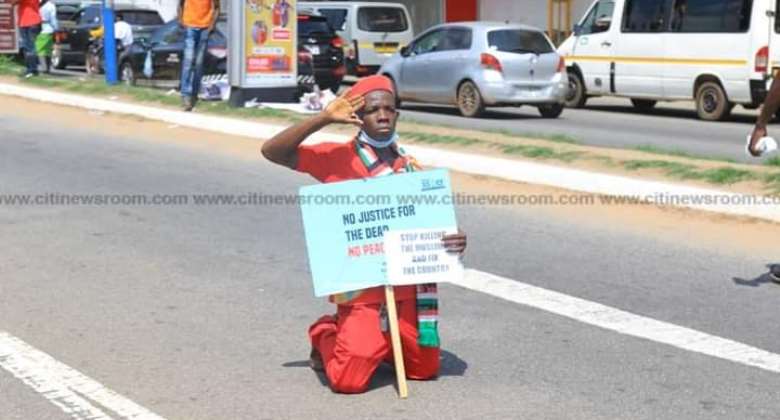 The advent of social media has brought in its wake the desire of many young men and women to contribute to issues of governments and party politics. Many of these young people use social media as means of either registering their displeasure or approving the policies and decisions of the government. A case in point is the recent “Fix the country” organisation and demonstration by the young and old regarding the state of affairs in the country. As the president has directed in his inaugural speech and rightly so, the youth want to be citizens, citizens and not spectators.

One young man who has in recent times brought party activism to a new level is Prince Henry B. Tabi popularly known in social media circles as Prince Henry Koforidua.

A graduate from the Kwame Nkrumah university of Science and Technology, which program he persuaded at the All Nations University, Koforidua, Prince Henry B. Tabi has positioned himself as a force to reckon with when it comes to party level and social media politics. With his over thirteen thousand followers on Twitter and many friends on Facebook and other social media platforms, he does not only set the agenda of most media houses on daily basis but is daily texting to the Citi eyewitness news program with his opinions on issues of national interest.

As a member of the Eastern regional communication team of the NDC, he is mostly on all media platforms defending the policies of his party, the NDC and making sure the same is made known to the myriad of his followers on social media. In the recent youth demonstrations by both the NDC and ‘fix the country', he featured prominently not only by mere physical presence at the events but dramatically portraying the suffering of the folks in Ghana describing the current social, economic and political conditions in the country as defiling logic and only possible in the jungle where there are no rules, and it is the rule of the survival of the fittest.

Speaking to him after one of the recent demonstrations, Prince Henry B. Tabi said he is a friendly person who tolerates all kinds of people but when it comes to politics, his unflinching support is to the NDC which he thinks is capable of taking Ghana from the economic doldrums in which it currently finds itself. Asked what he does for a living, he simply said politics is his life and without politics the beauty of life is non-existent and unexplained.