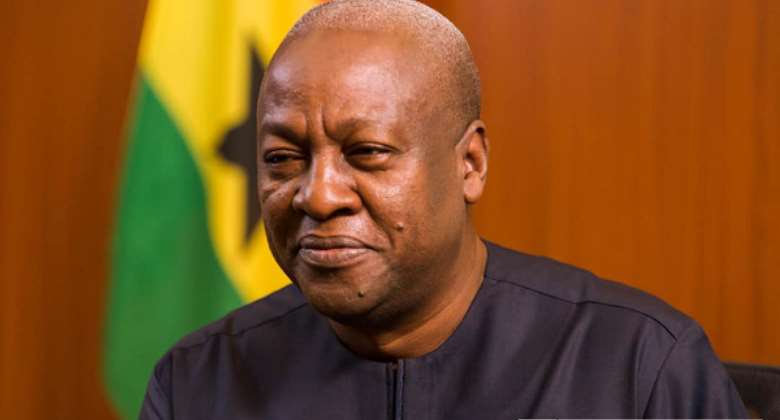 The past five years have been very challenging for most Ghanaians especially the jobless youth, but there is hope. One source of encouragement I have for them is the gospel song, “This is your season” which won the 2008 Song of the Year Award in Nigeria. The song was written by Osinachi Kalu, a Nigerian gospel musician who is popularly known as Sinach. According to her, she chose Sinach from her name Osinachi because it is easy to pronounce and catchy. She has written over 200 songs many of which are sung worldwide. Sinach is no doubt a blessing to many – both Christians and non-Christians alike.

In “This is your season” Sinach says some people may be down and discouraged, but they should be strong and be encouraged because what they are going through is only for a while. It will come to pass. Things may be tough but they shouldn't cry themselves sick because they are about to shine again.

At the moment, the pain and sorrow of Ghanaians seem to be blended in equal amounts, and most of them are carrying the stigma of destitution. The teeth of economic hardship in the country is biting too hard. The jobless youth are seething with frustration and anger. Their cry is titillating public interest, and it would be certifiably insane for anyone to take their plight likely.

Furthermore, the actions and utterances of some members of government are sending the annoyance of Ghanaians toward anger. It has been subtle enough and horrible enough.

However, the start of the rescue mission for Ghana to attain its second independence begins on the day Former President John Dramani Mahama will decide to run for president again, and on the day the NDC party unanimously endorses him as their flag-bearer without a presidential primary election. With each step towards this goal, the poor in our society will be gaining pieces of their lives. Not doing this will be unspeakably expensive to them. Trust me on this!

It would be obviously absurd for anyone to think or argue that H.E. John Mahama should not lead the NDC for the 2024 presidential election; that will constitute sophism deliberately intended to deceive the people of Ghana because the evidence of what he did for the people of Ghana tells a heartwarming story. Such thinking would be either by design or wickedness or demonic. It will be too much witchery.

1 Chronicle 12:32 tells us that the men of Issachar had the understanding of the signs of the times to know what Israel ought to do, and this should be the guiding principle of the NDC in their choice of a flag-bearer for 2024. His decision to contest will prove cathartic, and I have no doubt that his second regime will break more ice and warm more hearts than any other in the history of our dear nation. That is what Ghanaians need. That is what they want.

The NPP government is behaving like a drunk; and it is not hard to find a drunk. They don't take logical steps. This government is not taking logical steps -- it is falling in all indexes of good governance. Given the reality of the situation the best relief Ghanaians can give to the victims of excessive suffering in this country is to vote for Mahama to be sworn in on 7th January, 2025, and the NDC must lead the way of endorsing him unopposed.

The people of Ghana must help the National Democratic Congress to recapture power. One of the strategies of war according to Sun Tzu in his book, "The Art of War" is to attack your enemy where he is unprepared, and now that Nana Akufo-Addo and his NPP seem to be dazed, it will be appropriate to hit them hard till they go into coma. Again, Sun Tzu says that If your enemy leaves a door open, you must rush in. Kikikikiiki, the people of Ghana have a lot of work to do, and it must be urgent because many doors have been left ajar by this government.

It is my fervent belief that JM will recapture the presidency in 2024 to give hope to the hungry and frustrated youth. It will work. It has to! His coming back is sealed, and not even a legion of ghoulish fiends can scuttle it. For the sake of the suffering masses, an angel of mercy is paving a way for him in 2024.

Your ban on radio Ada unjustifiable, affront to press freedo...
15 minutes ago

Doctor who was wrongfully dismissed, reinstated by GHS after...
25 minutes ago