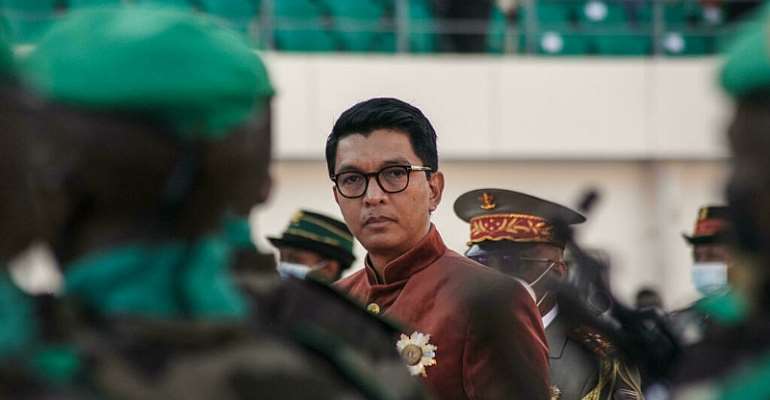 Two French nationals are among those who have been charged in connection with a plot to assassinate Madagascar's President Andry Rajoelina.

After being held for two weeks the men, named as Philippe F. and Paul R. went before a judge on in the capital Antananarivo on Wednesday, where it was decided by the court to formally charge and detain them in a high-security prison.

According to one of the mens' lawyer, Etienne de Villepin, they  don't know the reason for this decision.

In total 21 suspects, including a Madagascar central bank employee, appeared in the Antananarivo court yesterday.

Eleven of the suspects have also been remanded in custody, according to the Taratra government news agency, which published the names of the acccused in abbreviated form.

For Franco-Malagasy lawyer for Paul R., Willy Razafinjatovo says the presiding judge "is an honest and independent person."

He added that the two French suspects had been charged with endangering the security of the state, conspiracy to kill the president and of associating with criminals.

"We hope that the investigation will continue in this way, without pressure from outside the court," Razafinjatovo told reporters, adding the wish that the trial be televised.

Meanwhile, no judicial official has given the names of those held, or details of the charges against them.

Last month, Madagascar officials said that a plot to assassinate Rajoelina had been foiled.

47-year-old President Andry Rajoelina, first seized power from Marc Ravalomanana in a coup in March 2009 with the backing of the military.

A number of army officials are reportedly among those implicated in the assassination plot.