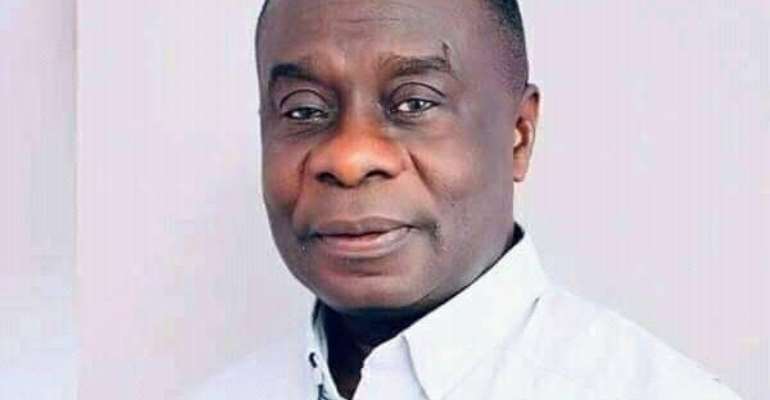 The 2020 National Democratic Congress' (NDC) parliamentary candidate for Assin North, James Gyakye Quayson has filed for a Stay of Execution at the Appeals Court over the ruling by a Cape Coast High Court which removed him as Member of Parliament (MP) for Assin North Constituency.

Mr. Quayson in July was removed as MP after the court ruled in favour of Michael Ankomah-Nimfa, a resident of Assin Bereku in the Central Region who filed a petition at the Cape Coast High Court seeking to annul the 2020 parliamentary elections in the constituency.

The petitioner in his case stated that, at the time the MP was filing to contest the 2020 parliamentary elections, he had not renounced his Canadian citizenship and thus held dual nationality.

Earlier this week after that ruling, James Gyakye Quayson filed an appeal while arguing that the Cape Coast High Court erred in its ruling.

Today, he has filed a motion for Stay of Executive to suspend the execution of the high court order that seeks to remove him as an elected Member of Parliament.

According to him, the Stay of Execution is necessary because even if the Court decides to go ahead with a bye-election and his appeal case is not sorted, he can secure an injunction to stop the election.

“That, if the High Court decision is not stayed, it could give rise to considerable political tension in the Assin North Constituency and possible disturbances of the peace.

“That if the High Court decision is not stayed and my appeal succeeds, as, I am advised by counsel and verily same to be true, is inevitable, the decision of this Court of Appeal on my appeal would be rendered nugatory simply by the passage of time.

“That a failure to stay execution of the judgment would not only occasion an irreparable injustice and damage to the people of the Assin North Constituency and me, but would also lead to the 2nd Respondent having to expend significant financial resources in organizing a by-election when the errors of the High Court mean that it is not justified to hold such a by-election,” the motion for Stay of Execution filed by James Gyakye Quayson further argues.

Find below a copy of the motion for the Stay of Execution: