Indiscriminate Use of “Anas Principle” Bad for National Corruption Fight 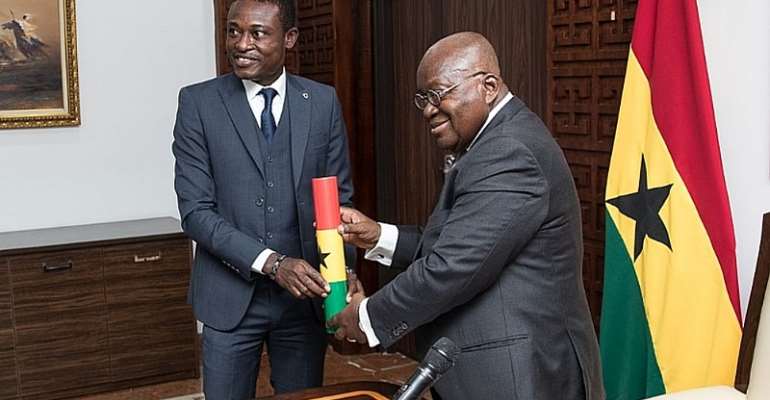 If all that President Addo Dankwa Akufo-Addo wanted to do on the corruption battlefront was to coopt and collaborate with private investigative journalists like Mr. Anas Aremeyaw Anas, then Ghanaian voters would have been better off retaining former President John “European Airbus Payola” Dramani Mahama (See “I’ll Use ‘Anas Principle,’ Investigative Journalists in My Work as Special Prosecutor – Kissi Agyebeng” Modernghana.com 7/22/21). The fact of the matter is that criminal acts of official corruption can be best tackled by robustly functional national security agencies like the Ghana Police Service (GPS) and the Economic and Organized Crime Office (EOCO), and not the government acting in cahoots with self-serving mercenary sleuths or private investigative journalists like Mr. Anas Aremeyaw Anas and his Tiger-Eye Limited Liability Company.

You see, for entrepreneurial journalists like Anas Aremeyaw Anas, the primitive profit motive may be at the very least as high a priority as the need and desire to extirpate or drastically reduce the high spate of official corruption in Ghanaian society. That Special Prosecutor Nominee, Mr. Kissi Agyebeng has a longstanding working relationship with the notoriously grubby Tiger-Eye proprietor makes me all the more suspicious of the evenhandedness or impartial effectiveness of the 43-year-old Mr. Agyebeng, who may obviously be coming to his new job in the prime of his life and therefore is one who is expected to be far more productive and effective than Mr. Martin ABK Amidu, the superannuated and evidently professionally effete and lethargic former Independent Special Prosecutor who, it turns out, was actually a compromised strategic decoy suavely and obliquely planted by the leadership of the main opposition National Democratic Congress (NDC) to thoroughly undermine and sabotage Nana Akufo-Addo’s corruption fight.

In short, we have to be able to make our taxpayer-sponsored and supported public institutions like the Bureau of National Investigations (BNI) or the National Security Secretariat (NSS), Ghana’s equivalent of the Federal Bureau of Investigations (FBI) and the National Intelligence Agency (NIA), of the United States of America, function at first-rate level, or there is absolutely no need for Ghanaian taxpayers to continue supporting these human and fiscal capital-intensive agencies or establishments. We are decidedly a failed state, if our leaders and politicians are woefully incapable of making our national security agencies function as progressively and effectively the way they ought to be. Private detectives and for-hire investigative journalists can simply not be made to replace or substitute for taxpayer-salaried law-enforcement agents and officials. This was precisely what happened under the kleptocratic watch of former President John “SADA Akonfem-Kanazoe” Dramani Mahama.

Under the constitutionally unorthodox arrangement by the erstwhile Mahama regime, the principal contractor of the Tiger-Eye Limited Liability Company and Kwame Gonja were the only Ghanaian citizens who were practically left standing over and above the laws of the land. Not only that, to this day, that is, as of this writing, nobody knows how much of the Ghanaian taxpayer’s money went into funding a filthy rich, by several reliable accounts, Mr. Anas Aremeyaw Anas. You see, for the engagement of the services of a private entrepreneurial investigative journalist like The Tiger PI proprietor to be deemed legitimate and worthwhile, Mr. Anas Aremeyaw Anas must be made to declare his assets and properties and incomes and precisely how he came by the same.

One downside of using private investigators and journalists by members of the executive branch of government, the way it was done by the Mahama regime and its collaborative sting operations against the members of the judiciary is that it left the seamy underbelly of the executive branch of our government effectively sacrosanct or untouchable. Which primarily explains why those Mahama cabinet appointees caught in the double-salary drawing scheme and scam were never publicly exposed or brought to justice the way that the members of the judiciary were. This is not how fairness and accountability are reckoned in any serious and functional democratic culture. This is the first lesson that Mr. Kissi Agyebeng needs to learn and practice, if the Independent Special Prosecutor Nominee is not already in the know about the same.

You see, the so-called Anas Principle was in use in most advanced constitutional democracies long before the sometime Abdul-Malik Kweku Baako protégé was born or professionally arrived on the scene. Let us not fool ourselves into thinking that Mr. Anas Aremeyaw Anas is doing or has been doing anything new in Modern, Postcolonial Ghanaian Society. The latter and his Amen-Corner backers, including former President John “Medofo Adaadaa Me” Agyekum-Kufuor, and even President Addo Dankwa Akufo-Addo may do themselves and the rest of us great good to read about how the key players of what became globally and infamously known as “The Kibi Ritual Murder” were identified, tracked down and arrested. And most especially, the inimitable potency of the rule of law and justice vis-à-vis the grisly and savage regicidal assassination of Chief Akyea-Mensah (Barima Ohemeng) in the British colonial era.