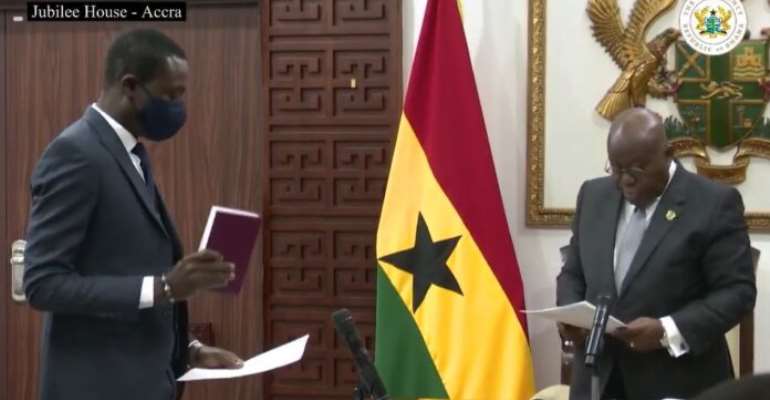 Special Prosecutor, Kissi Agyebeng has assured Ghanaians that he will work hard to fight corruption in the country.

He said he will suppress and repress corruption from all corners.

The Special Prosecutor gave the assurance at his swearing-in today 5th of August 2021 at a brief ceremony held at the 4th floor of the Jubilee House.

“I come into this office and pledge to the people of Ghana as I said exactly two weeks ago, that I am going to work assiduously with deliberation, to suppress, and repress corruption,” Kissi Agyebeng said.

President Akufo-Addo in his address after administering the Oath of Allegiance, Official Oath and the Oath of Secrecy to the new Special Prosecutor, said his administration will offer the office of the Special Prosecutor all necessary assistance it needs to fight corruption in the country including his independence.

“I want to assure Mr. Kissi Agyebeng like I assured his predecessor that not only will the Executive including the Attorney General, respect the independence of his office, but also provide him with whatever assistance will be required to enable him to discharge his high duties effectively in the interest of the Ghanaian people,” President Akufo-Addo stated.