What studying history at school can do for Nigerians

By Ayodeji Olukoju - The Conversation 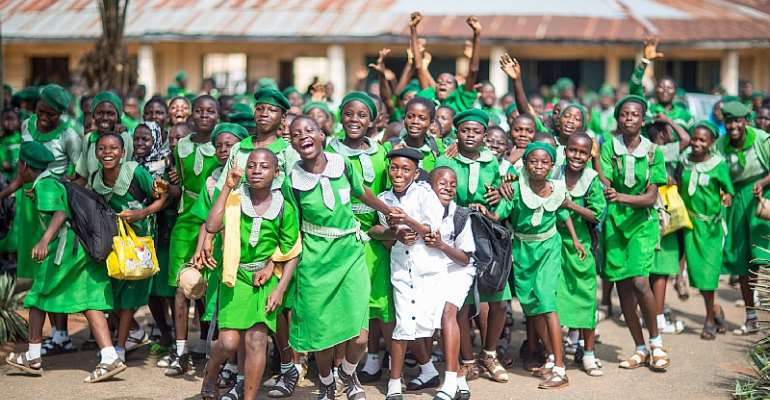 History is better taught to young, impressionable minds from an early age. - Source:

History was removed from the Nigerian school curriculum in 2009 – supposedly because students avoided the subject, graduates didn't have job prospects and teachers were scarce. But Nigerians weren't happy with the decision and it has now been reversed. The government has directed that history should be taught as a standalone subject from the 2020/21 academic session. The Conversation Africa's Wale Fatade asked Ayodeji Olukoju, a professor of history, about the value of studying the subject.

Why should young Nigerians study history at school?

Many scholars and commentators have justified the teaching of history, affirming its importance . We can define the subject as a balanced interpretation and reconstruction of the past, based on evidence, with a focus on causation, context and course of events. Ignorance of history creates a vacuum that misinformation or outright falsehood can exploit.

Until pioneering academic historians debunked it, the prevailing idea in the age of European imperialism in Africa was that Africa had no history worth studying beyond European activities on the continent. But then the likes of Kenneth Dike , Saburi Biobaku , J.F. Ade Ajayi , Joseph Ki-Zerbo , Bethwell Ogot and Adu Boahen convincingly demonstrated the reality and vitality of the African past well before European intrusion. They justified and popularised the use of oral sources to reconstruct the African past.

A sound knowledge of the past is the basis for nationalism or patriotism, the driving force in modern nation-building. History creates or reinforces national identity and self-definition. The United States, United Kingdom and Japan are striking examples of the teaching of history as a central plank of the curriculum. Knowledge of history has driven the patriotism exhibited by citizens of these countries. History can give people a proper appreciation of the place of their nation among others.

It is better taught to young, impressionable minds, who can be guided from an early age. Future citizens are products of what they read and watch, and how they form opinions about others. Teaching history in primary and secondary schools can explode myths and debunk stereotypes and prejudices.

In my student days in the 1960s and 1970s, we were raised on a broad knowledge of Nigerian and West African history that opened minds and broadened our worldview. We were influenced more by what we read and were taught in history classes than by fables and fairy tales about the past.

What are the likely impacts when history is removed from the curriculum?

Nigerian leaders and their followers continue to repeat mistakes that could have been avoided by a proper knowledge of history and application of lessons learnt. Repeated mistakes often inflict irreparable damage and widen divisions in society. For example, successive Nigerian governments since the First Republic systematically demonise the opposition, persecuting opposition leaders and denying a fair share of resources to their strongholds. They load political offices with people from favoured zones.

President Goodluck Jonathan favoured his strongholds of South-South and South-East, while alienating the South-West , in particular. President Muhammadu Buhari did not learn from this mistake and made lopsided appointments in favour of the North-West and North-East, while alienating the South-East. Both presidents have merely built resentments in the excluded zones and have done little to develop the favoured zones.

Another lesson is that of over-centralisation of power and resources. This resulted from General J.T.U. Aguiyi-Ironsi's Unification Decree of 1966 , which turned Nigeria into a unitary state masquerading as a federation. This has stunted development in the regions and states, unlike the competitive regional development of the 1950s and 1960s. It has also hindered efforts against insecurity.

How can we make history more attractive to young Nigerians?

First, we develop texts that pass the tests of content and pedagogy. Texts should present history in easily readable and accessible language. They should also explain concepts and avoid excessive use of dates. Books must divide the subject into manageable modules to suit the age and learning ability of the targeted students. Maps, cartoons, films, quizzes and so on can enliven the subject.

Also, train teachers for each level of learning. The emphasis is to make the students enjoy the subject no matter what their choice of career. Teachers are the most critical human elements in the teaching or study of history.

Parents should also teach their children family history, as my grandparents did.

Nigerian society should purge itself of crass materialism, which promotes a desire for immediate gratification coupled with contempt for whatever appears to lack instant utilitarian value. Fetishisation of the sciences and so-called 'professional courses' and contempt for history as a subject, profession or topic of discussion should stop.

Teaching of history should be compulsory from primary to tertiary education levels. Government's contempt for history has been responsible for the current state of affairs. Generations of young Nigerians have no basic knowledge of the evolution of their country. Such uninformed people have been misled into believing false narratives of key events, such as the ethnicisation of the formation of the Western Nigerian Regional Government in 1952, or even the causes and course of the Nigerian civil war .

What are the career options available to history graduates in Nigeria?

Teaching history and related subjects at all levels; public administration; consultancy and corporate research (history of private organisations and public institutions). Assisting to collect archival and ethnographic evidence in land and chieftaincy matters and feature writing in newspapers. Archives, museum and cultural administration and service as public historians at local, state and federal levels.

Ayodeji Olukoju does not work for, consult, own shares in or receive funding from any company or organisation that would benefit from this article, and has disclosed no relevant affiliations beyond their academic appointment.

By Ayodeji Olukoju, Distinguished Professor of History and Strategic Studies, University of Lagos