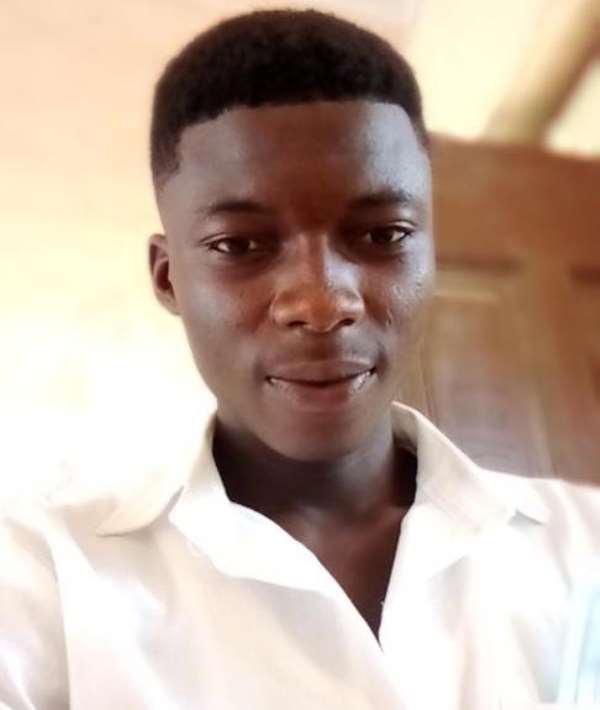 A 17-year-old boy has allegedly been stabbed multiple times to death by three young boys at Ngleshie Amanfrom in the Ga South Municipality of the Greater Accra Region.

The sad event occurred on Saturday 24 of July at Ngleshie Amanfrom DA basic school 8pm in the evening.

Narrating the incident, the brother-in-law of the deceased Ebenezer Dzikunu said, according to eyewitnesses the deceased was seated when one of the alleged killers questioned his mission for being there.

Furious by the response from the deceased, the alleged killer slapped Eric Sapkiti who retaliated with a rather heavy punch in the face.

The killer then called two other accomplices with a knife stabbing the 17-year-old student multiple times to death.

"That evening, after dinner my boy went out to take some fresh air, so he was seating at the Ngleshie Amanfrom Basic School when a guy approached him and questioned what he was doing there, then my son replied by asking them why were they asking him that question.

The guy just slapped my son, so my son also stood up and punched him harder to the floor. He stood up and called two other guys who came to attack my boy and stabbed him in the stomach and the neck.

'My boy managed to escape to a provision shop nearby and requested for water, he fell and was rushed to the Ngleshie Amanfrom clinic but was pronounced dead on arrival," Ebenezer narrated.

The body of the deceased has been deposited at the morgue.

The Ngleshie Amanfrom Police Command has however refused to comment on the matter, saying investigations are still ongoing.

No arrest has been made so far.