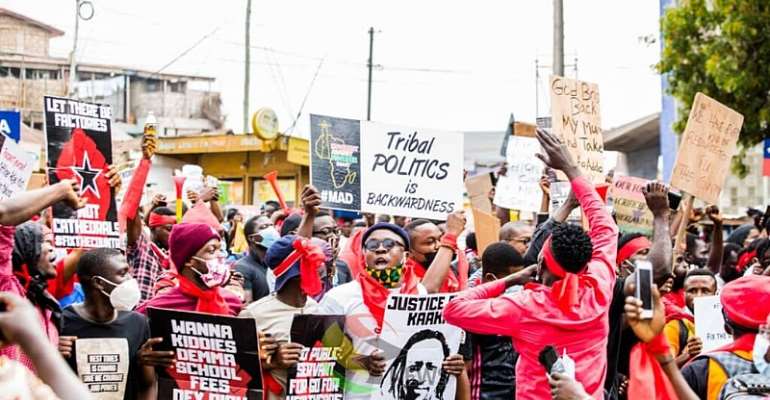 The organisers of the #FixTheCountry protest have hinted that similar demonstration that shook Accra on Wednesday, August 4, 2021, will be replicated in the various regions soon.

This comes after the movement that started on social media finally had the chance to demonstrate on the back of a legal tussle in court with the Ghana Police Service.

Following a successful picketing exercise that saw Ghanaians from all walks of life joining in to express one grievance or the other, there are calls for the same to happen in the other 15 regions of the country.

As a result, organisers of the #FixTheCountry protest say they will soon be moving to those regions.

“Clarion calls have come from various regions indicating the intention to replicate #FIxTheCountry demonstrations in their places. We will announce new measures in due course,” the organisers said in a statement on Thursday, August 5.

According to the organisers, they are elated the protest finally came off as they believe it is a huge statement that will ginger the citizenry from henceforth.

“We have seen state institutions go out of their way to deny the people of Ghana of their democratic rights.

“They have placed several roadblocks in our way. We have fought the long fight, and we have won against an unjust constitution that protects a kleptocratic political class.

“From counter hashtags, unlawful arrests, the killing of our activist, to court injunctions to relentless virilous propaganda. The fact that this demonstration finally came on is itself the biggest statement of the demonstration and will power of the people,” parts of the statement read.

Meanwhile, as part of commending the Ghana Police for the good job done, the #FixTheCountry organisers have stressed that “Their conduct yesterday should be the new standard for the management of crowds and mass gatherings across the country.”