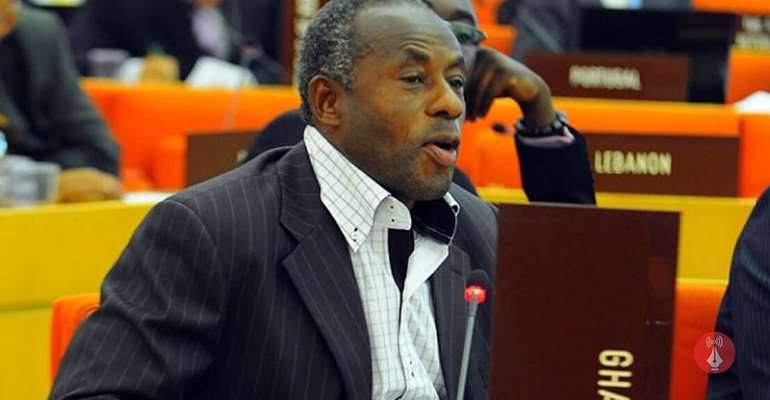 Member of Parliament (MP) for Asutifi South Constituency, Hon. Alhaji Collins Dauda has been granted a self-recognisance bail in the ongoing trial of the Saglemi Housing case.

The former Works and Housing Minister is standing trial with four other persons for causing financial loss to the state during the erstwhile John Dramani Mahama government where they had key roles to play in the Saglemi Housing project.

Today at the Accra High Court, Alhaji Collins Dauda has been granted bail on the request of the Attorney General and Minister of justice, Godfred Yeboah Dame.

The AG in his submission told the court that the MP is the only public officer among the accused persons and does not pose any risk in the trial of the matter.

However, Minister of Justice Godfred Dame asked that the court compels the former Works and Housing Minister to deposit his passport at the registry of the court.

Despite agreeing to the self-recognisance bail, the Lawyer of Alhaji Collins Dauda, Thadeus Sory opposed the aspect of the passport.

According to him, his client is a member of the Pan-African Parliament and will need his passport for frequent travel.

Not convinced by the argument, the Attorney-General stood by his stance and argued that the accused whenever in need of his passport can write to the registry of the court and his outfit for the release of his passport.

Meanwhile, the court presided over by Justice Comfort Tasiane has also granted bail to the other four accused persons with various amounts and sureties.

Kwaku Agyemang Mensah and Alhaji Ziblim Yakubu who are the second and third accused persons have each been granted bail in the sum of $65 million or its cedi equivalent with three sureties, one being a public officer.

Andrew Clocans, the fourth accused has been granted bail in the sum of $179 million or its cedi equivalent with three sureties, one being a public officer.

The last or fifth accused person, Nouvi Tetteh Angelo has also granted bail in the sum of $13 million with three sureties, one being a public officer.

The case has now been adjourned and the hearing will continue on Wednesday, October 13th, 2021.