...threatens to resist unfair treatment to teachers next time
By James Appiakorang 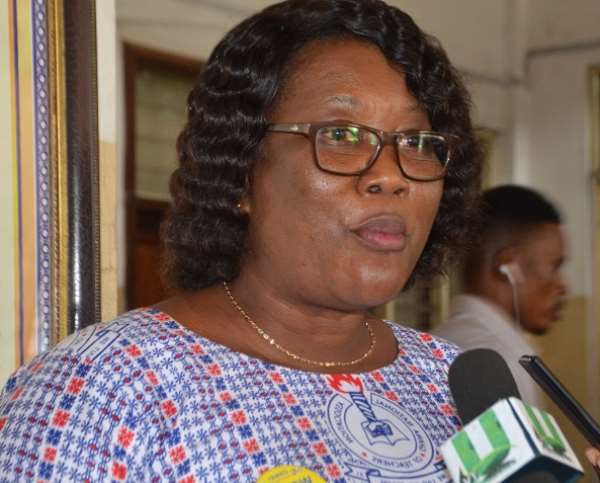 Labour disputes in Ghana does not seem to be ending anytime soon as sections of public sector workers lament over unfairness in their salaries and conditions of service.

Just when many thought teachers in the public sector have been sorted out with a four percent increase, the Ghana National Association of Teachers (GNAT) says the increment is way below the expected figure.

Speaking on the sidelines of the 6th Quadrennial and 53rd regional delegates conference of the Bono Ahafo GNAT, Mrs. Larson called for a halt to what she said is unfairness in salary structure.

She called for a same level salary structure for all public sector teachers to enhance fairness.

Calling for the establishment of a Commission to oversee their salaries, she threatened that “going forward we are not going to accept anything that is not coming from a Commission of Experts that have looked at the salary structures of public sector workers”.

Mrs. Larson argued that they will not have any qualms if there is four percent increase across board, but would totally reject it if one area is given four, and another seven while others receive 40 or 50 percent.

"We all go to the same markets and buy same items and we all belong to same sector, so why should teachers be cheated, we will not allow such unfairness henceforth. We don’t have any problems if they take allowance but there should be fairness in the salary structure”, she maintained.

Teachers across the country have been unhappy over what they describe as the “too soft” approach of their executives on successive governments leading to their maltreatment.

This call, if heeded by government, could renew the trust of GNAT members in their executives.

"It was fantastic experience to serve under President Nana-A...
48 minutes ago